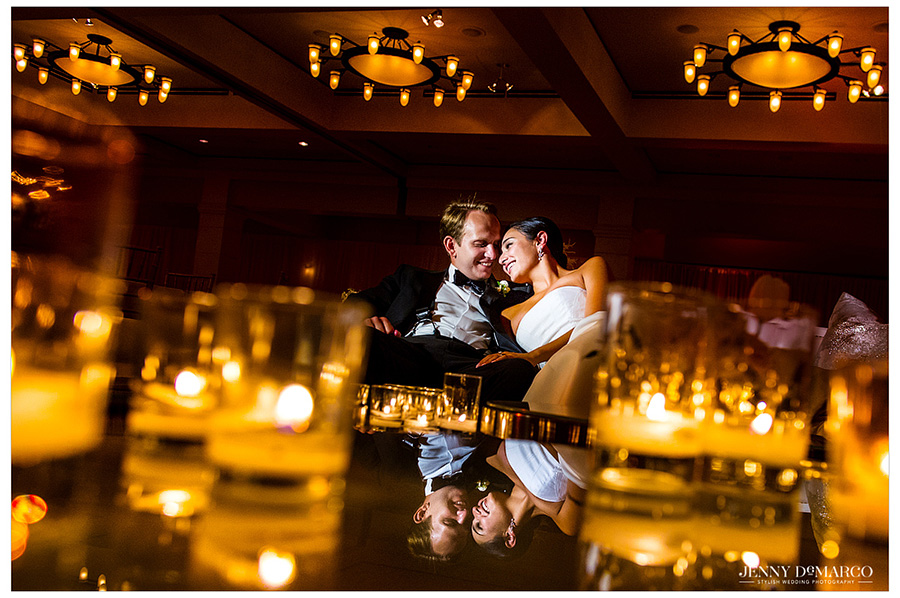 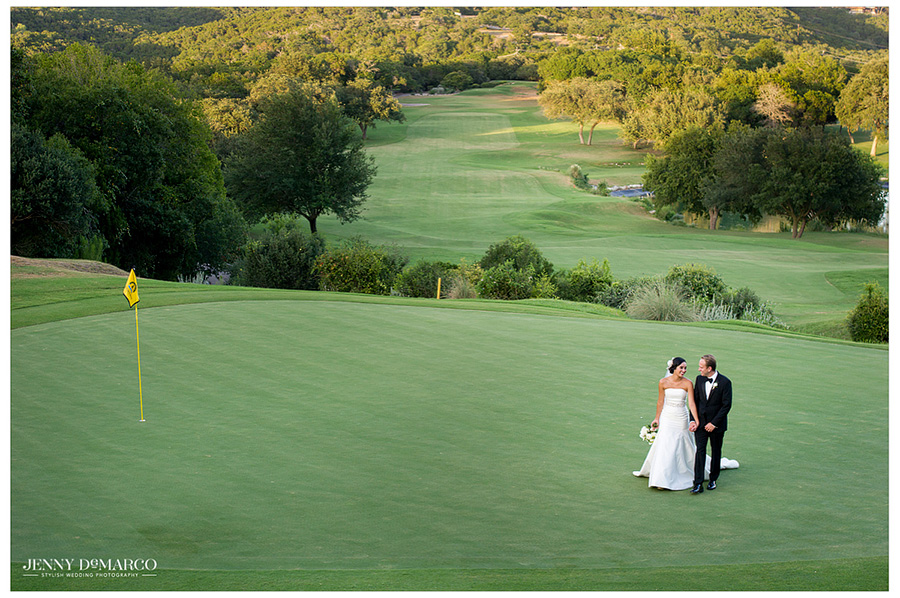 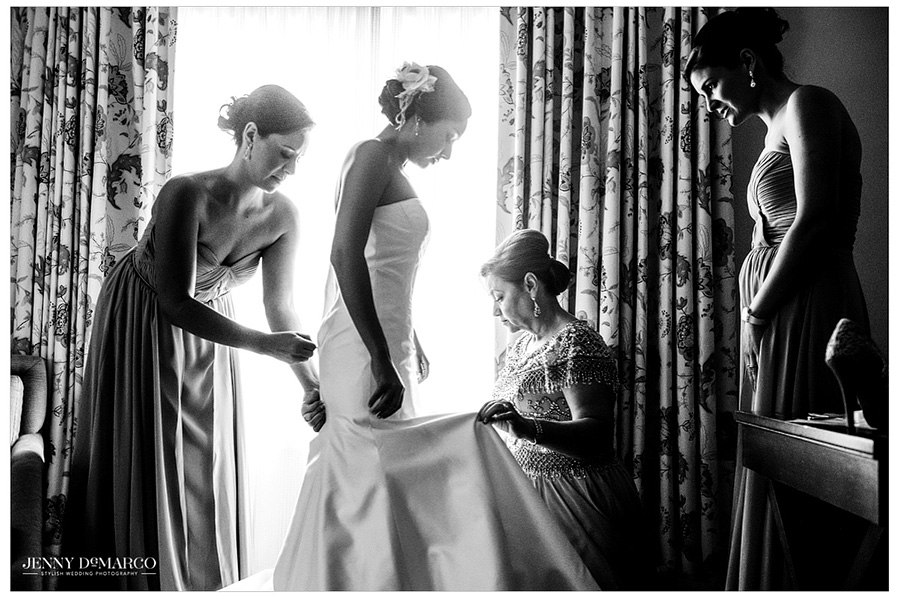 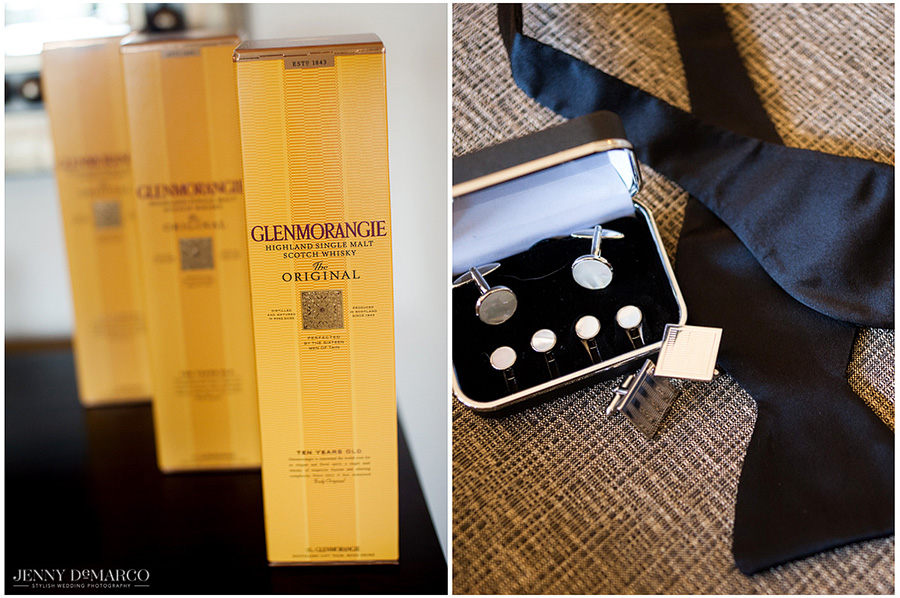 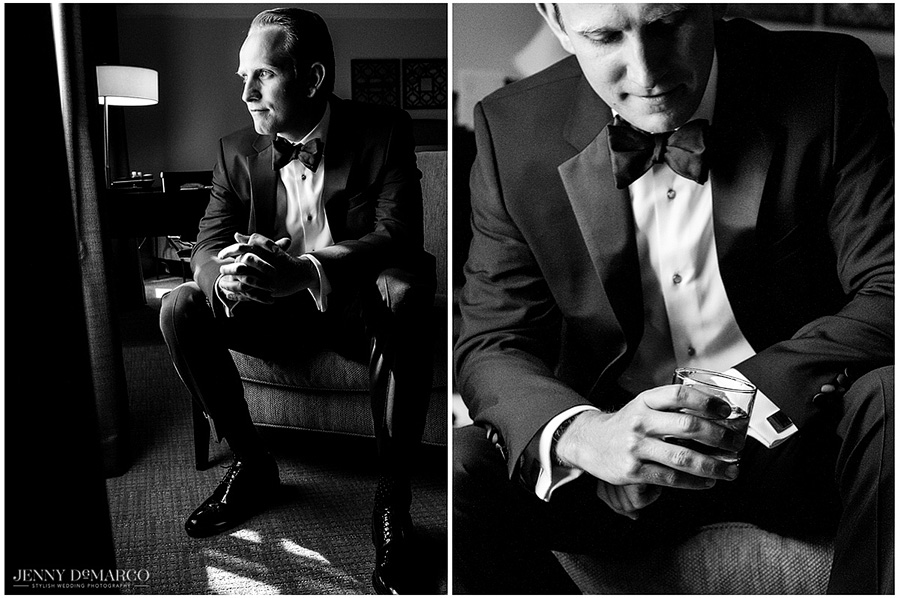 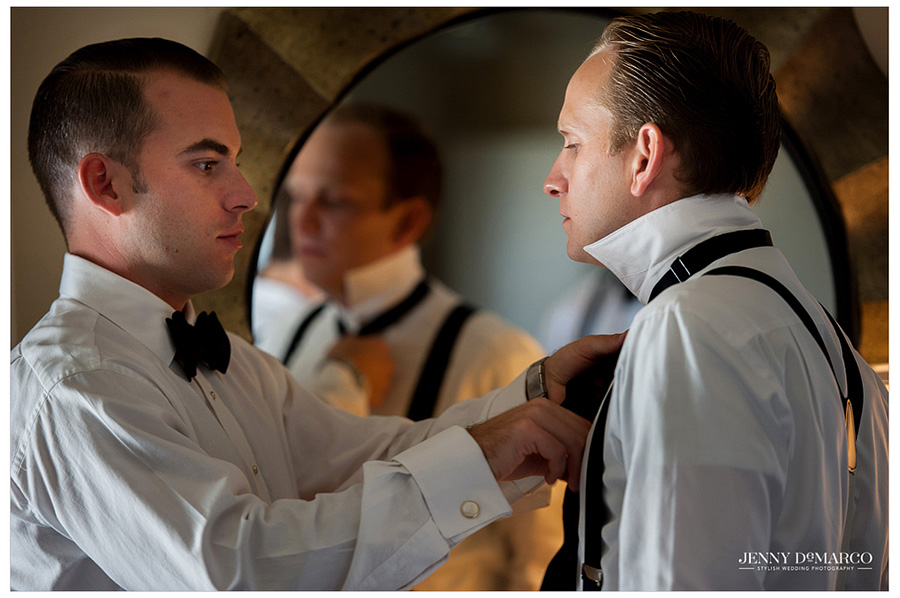 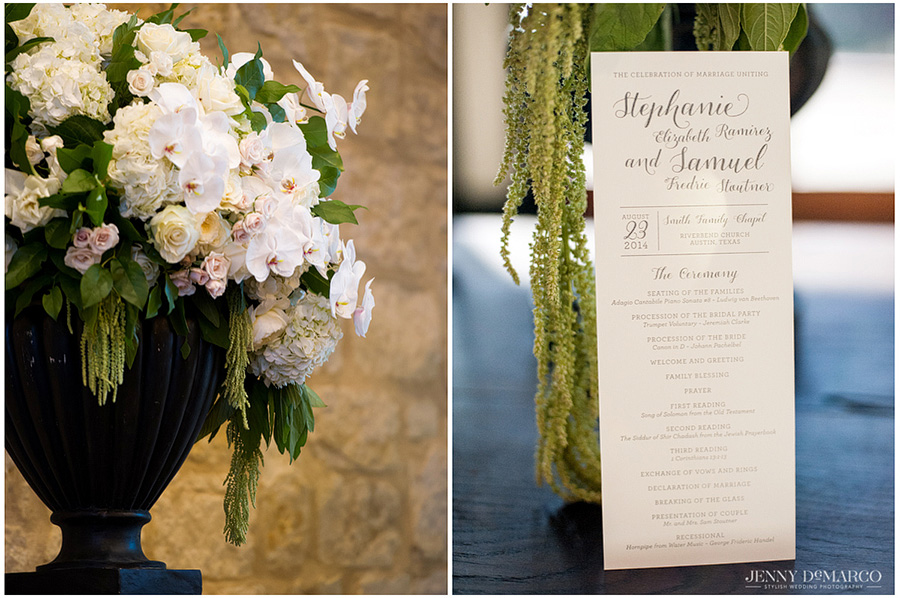 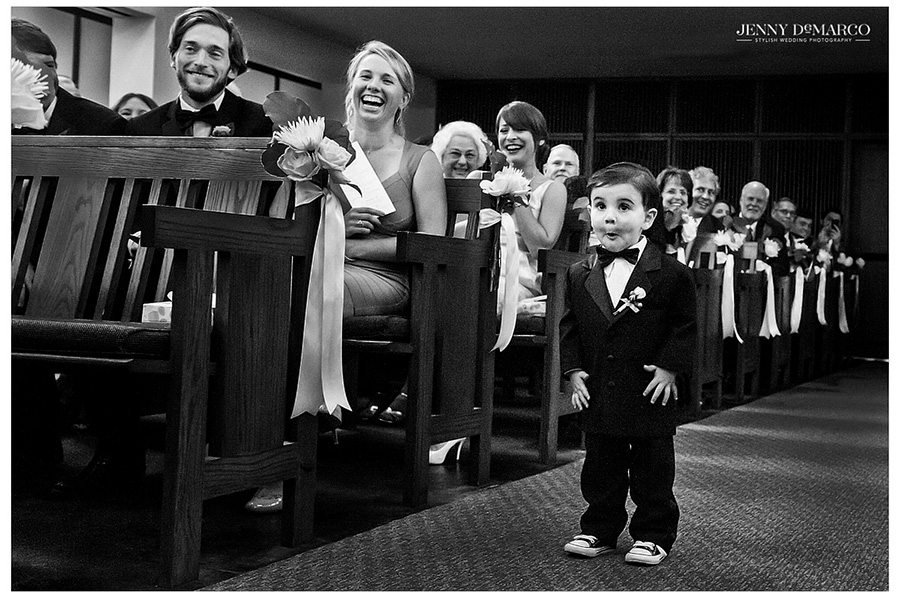 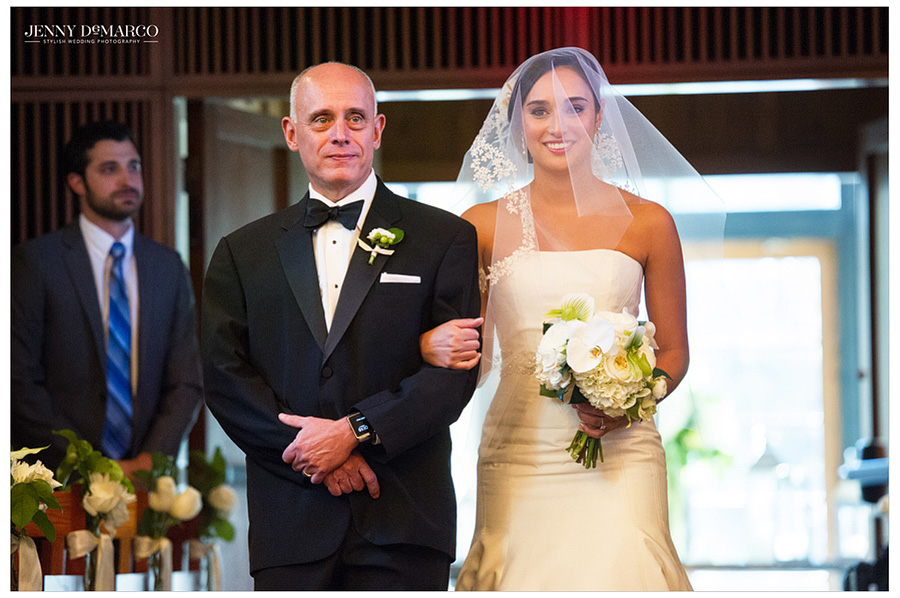 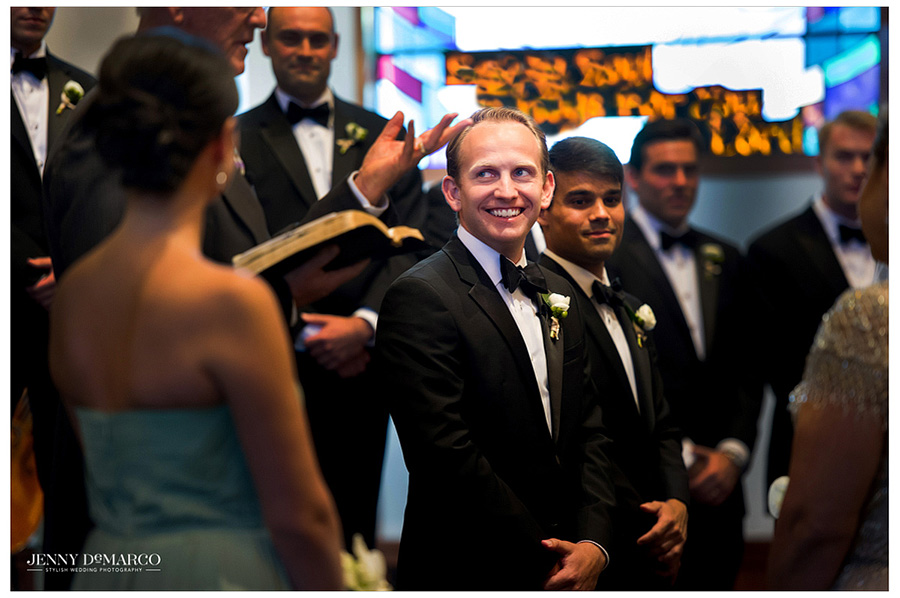 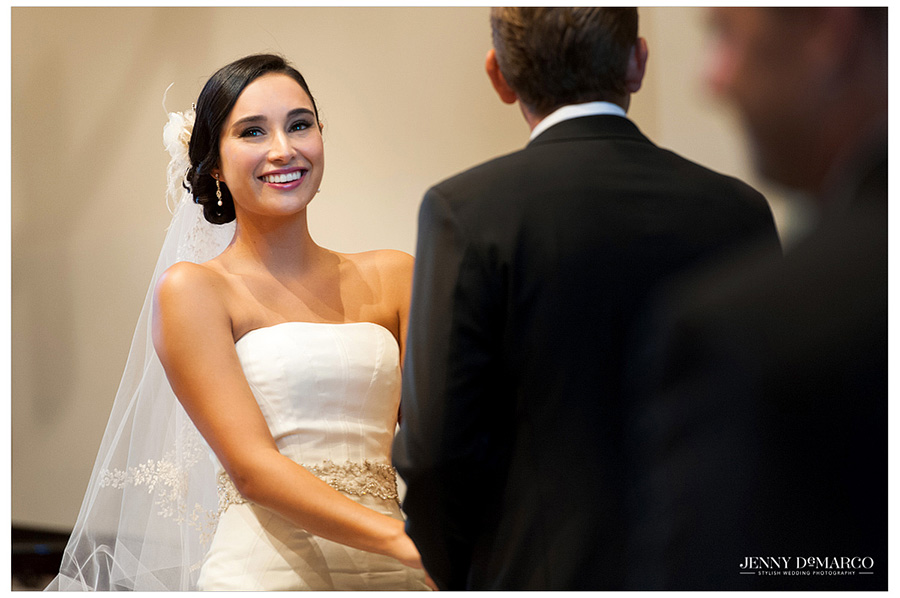 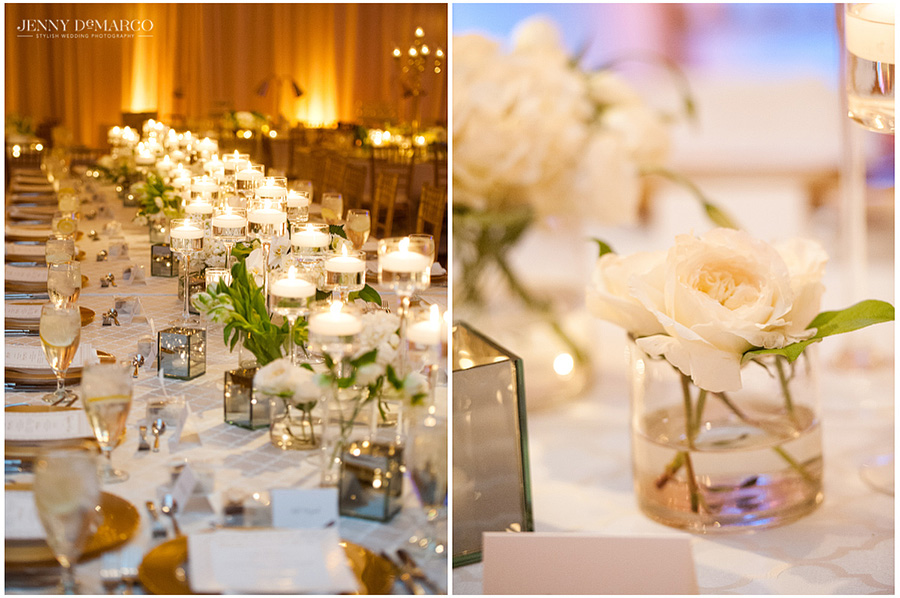 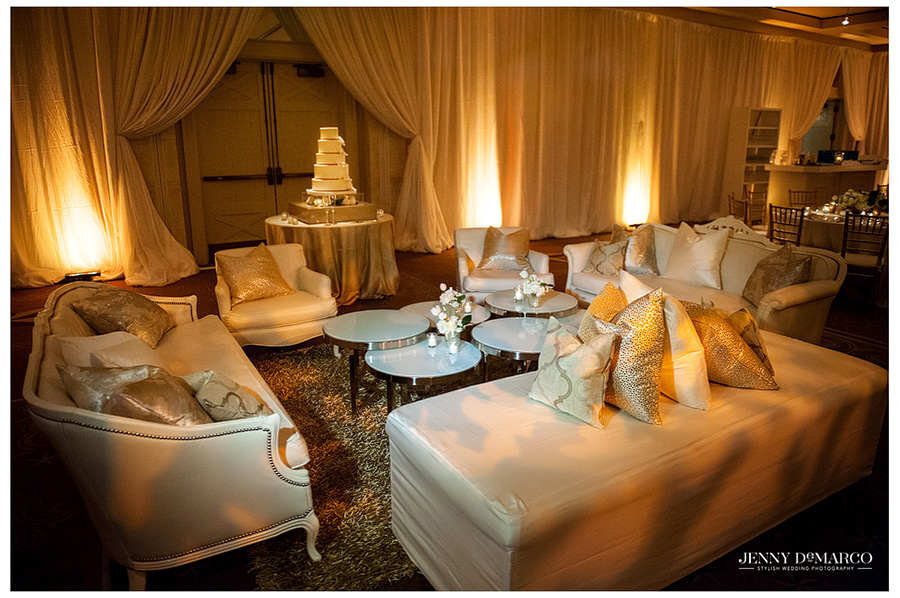 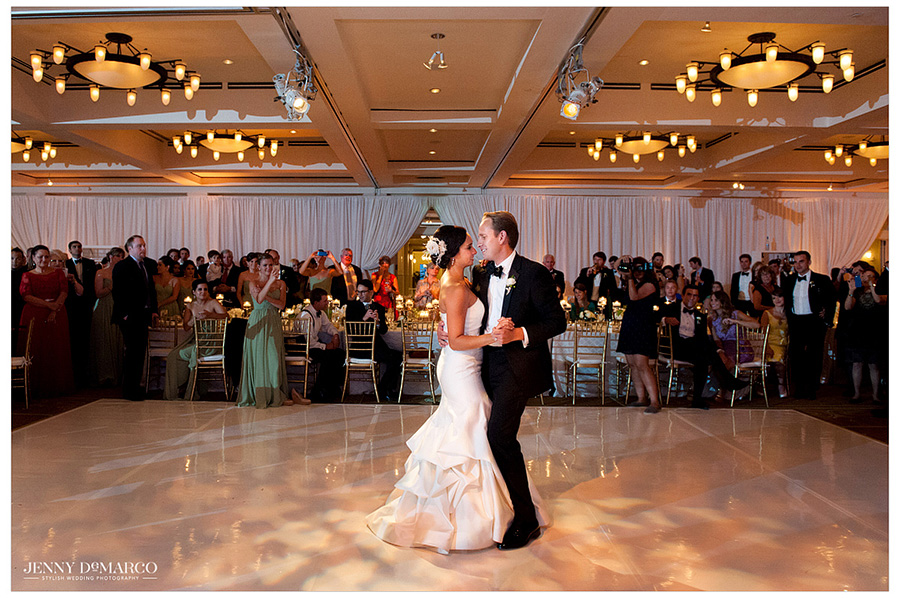 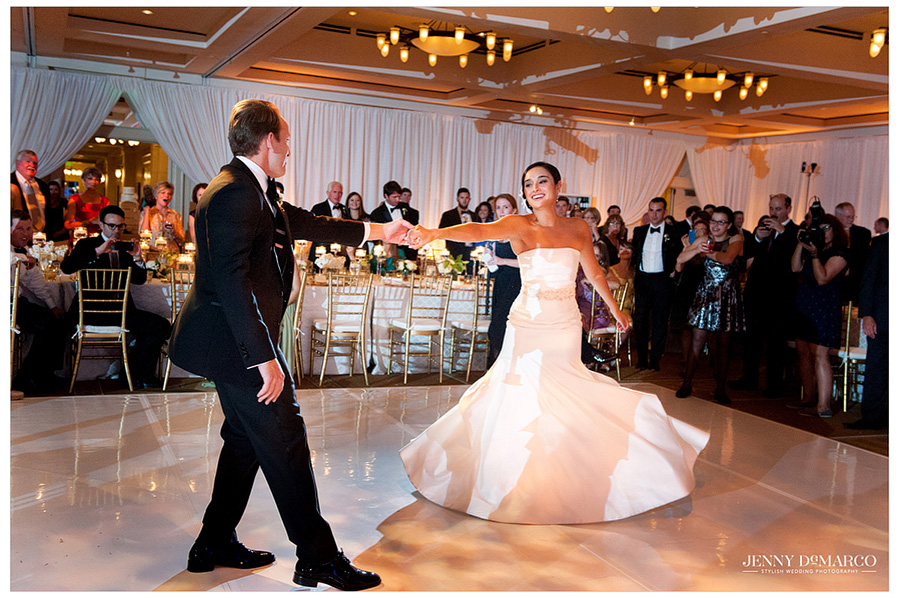 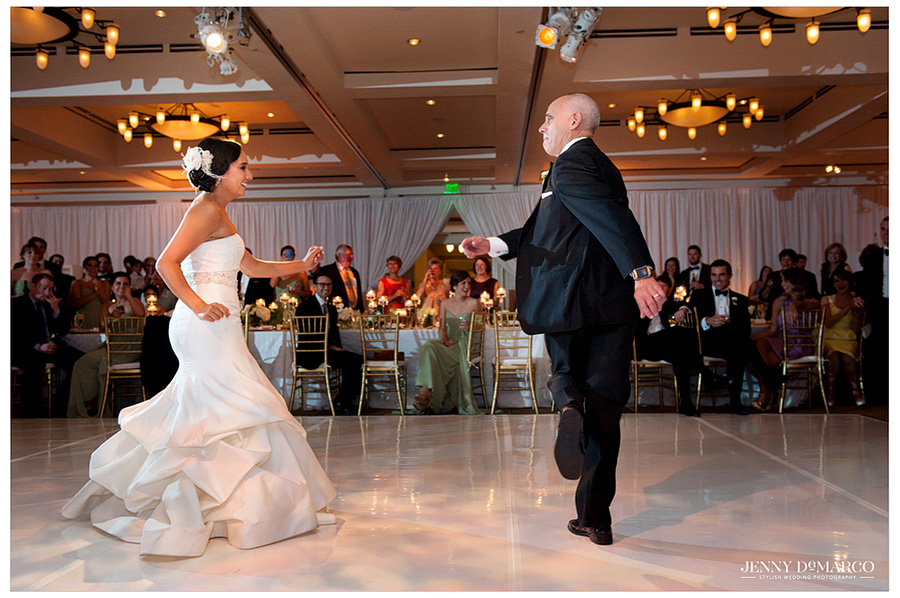 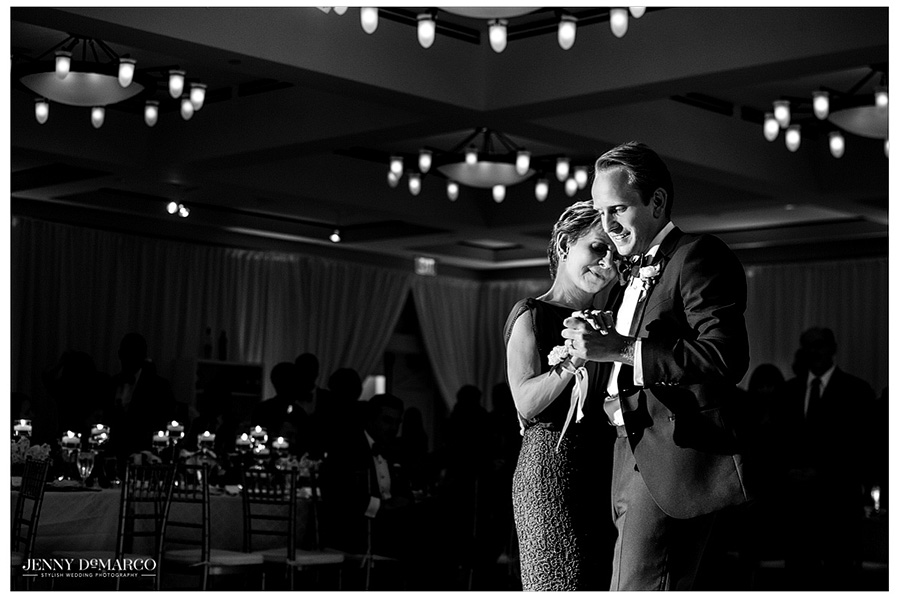 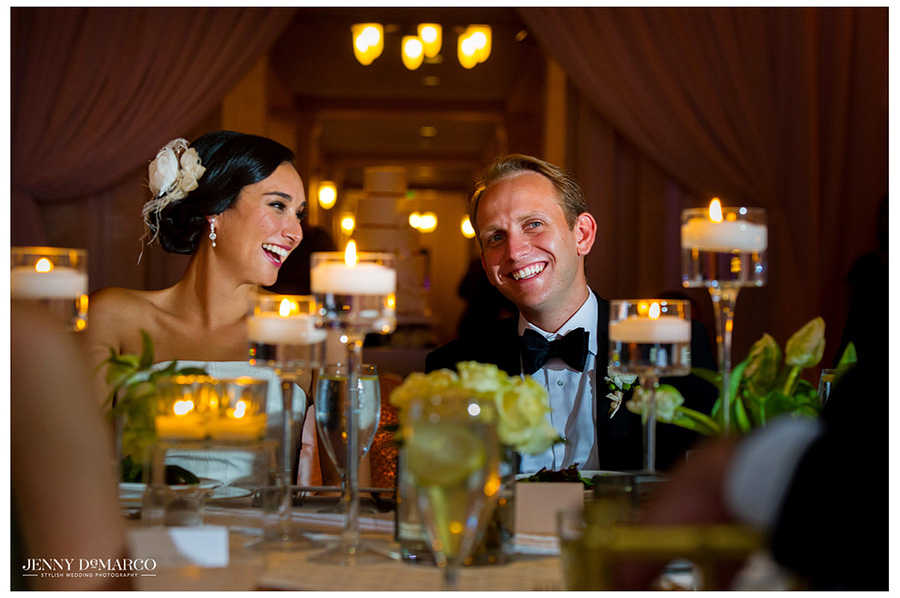 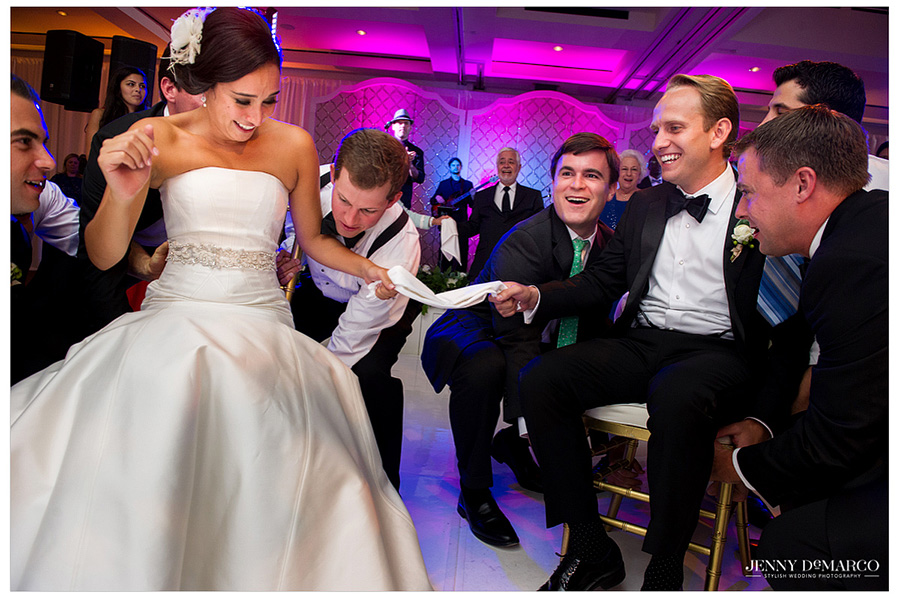 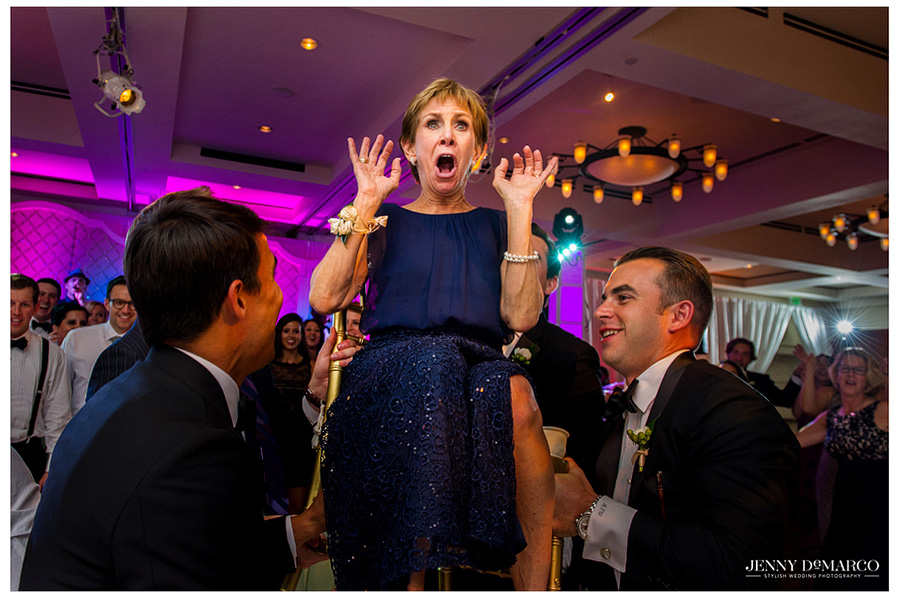 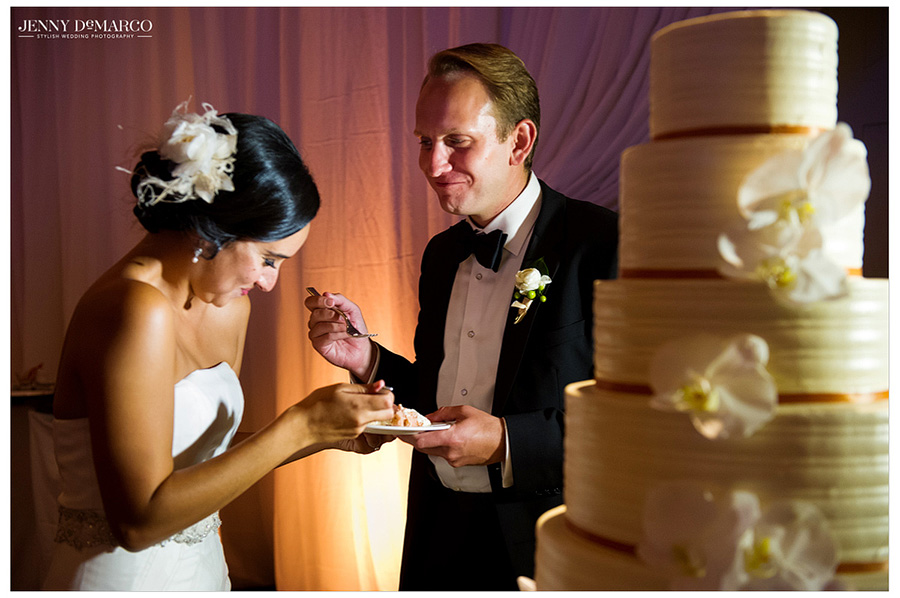 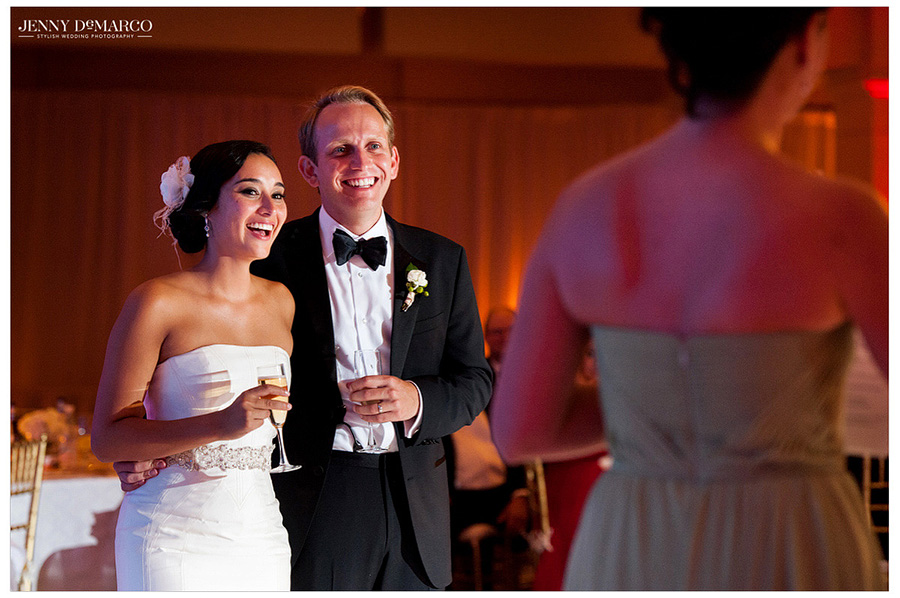 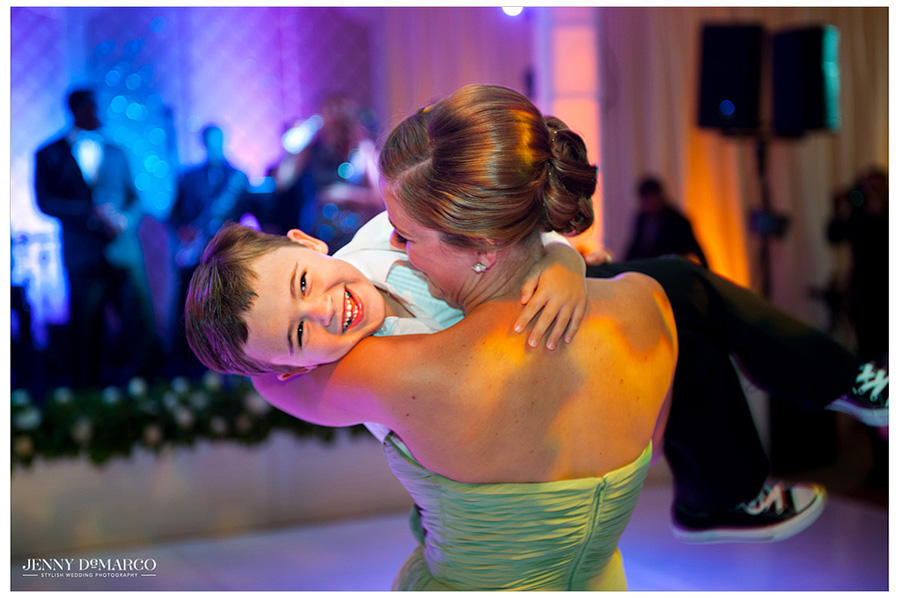 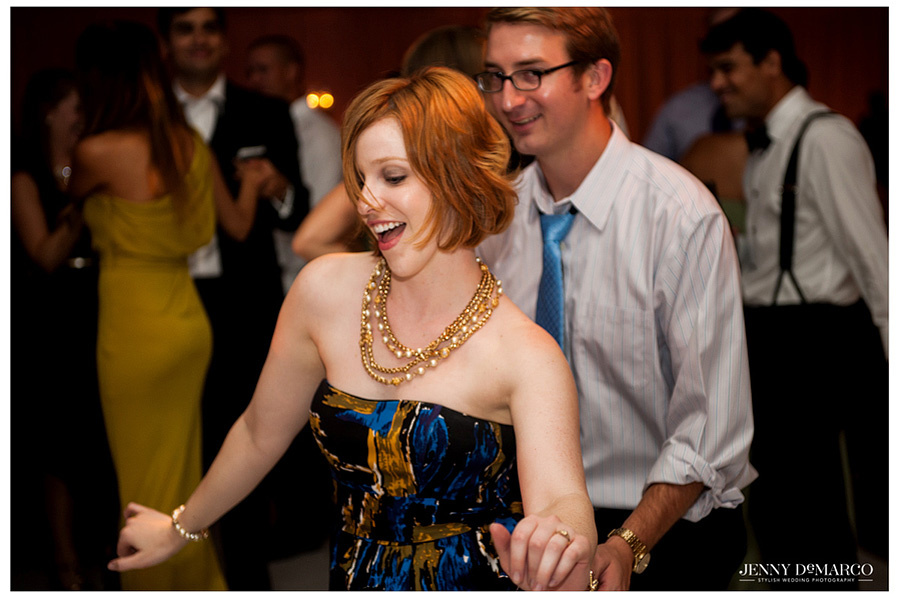 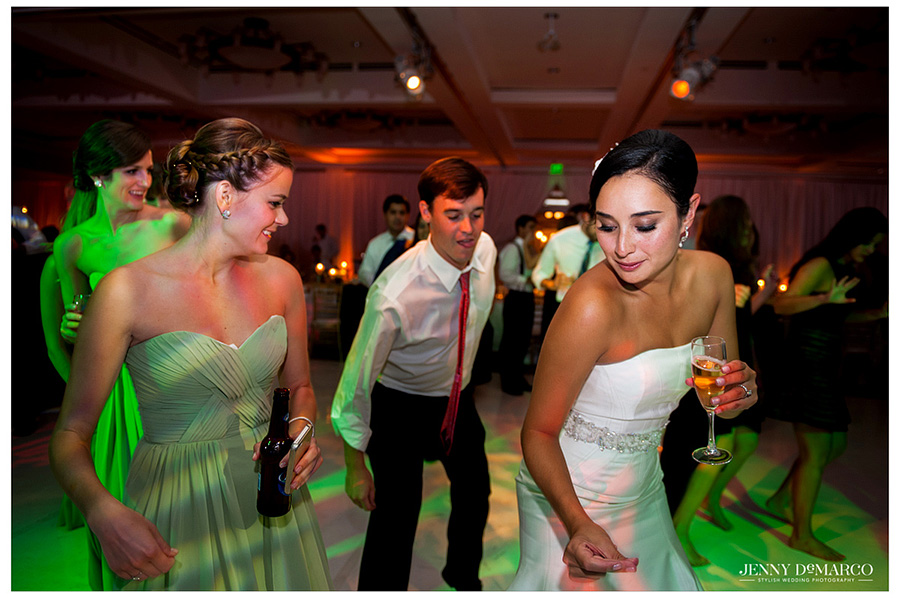 A little insight from the bride:

How did you two meet?

The short version:Sam and I met when we lived across the hall from each other our sophomore year in college at UT. We met very soon after moving in, and became close friends over the next several months. After becoming best friends, we both knew we cared deeply for each other and wanted to take our relationship to the next level. We’ve have been together ever since.

The real version:My cousin Michael and I became very close friends the summer after our freshman year. Michael was home for the summer from Notre Dame, and I was taking classes in Austin that summer. (Michael happened to be one of the very few of my cousins that did not grow up in the valley, so this was the first time we were able to spend significant amounts of time together.) Over the summer, I became close friends with several of Michael’s childhood friends (who also happened to be Sam’s pledge brothers and close college friends, but we’ll get to that later) that were also going to UT.
As sophomore year started, I knew I’d be living in the same apartment complex that several of these friends would be living in. Soon after moving in, the complex threw a pool party for the tenants to get to know each other. I ran into one of my new friends from the summer, David. David didn’t live in the complex, but he explained that several of his close friends did (one of which was Sam.) David was actually there with one of Sam’s roommates, and we all decided to go to dinner that night. When I first went by what was Sam’s apartment just across the hall, he sweetly opened the door and eloquently said…………….”yea?” It wasn’t exactly a fairy tale meeting with prince charming.
A few days later, Sam must have been curious because he came by my apartment to say hi again. I had a much sweeter greeting than “yea?”
We became very close friends over the next few months, spending a lot of our free time together. When Michael had his first break from school that semester to come back to Austin, I was telling Sam how excited I was for him to meet my cousin. It was in that moment that Sam started with his usual pensive train of thought. While I couldn’t follow exactly where he was going with all the questions, I had grown accustomed to his way of thinking, so I recognized these were all rhetorical questions. “Your cousin is our age?….He goes to Notre Dame?….He’s from Austin originally?….He went to Austin High?….Your last name is Ramirez?…..”  And then he asked a question that actually shocked me a little: “Your cousin is Michael Ramirez, isn’t it?” It turned out Sam and Michael had been playing golf together in Austin ever since they were little.
Sam and I became best friends throughout that Fall semester of our Sophomore year. We would often stay up all night talking, and understood each other in way that we both recognized was rare. We began to have strong feelings for each other, and early in the Spring semester we decided to go on our first official date.We never had a dull moment throughout the next seven years – traveling, first jobs, life milestones, graduation, moves, etc. After graduation, Sam moved to Houston for a job in investment banking while I stayed in Austin to work for UT. After two years apart, we decided to move to Dallas together to pursue our careers. Then in September, Sam took me back to campus where our seven-year relationship had all began. In front of the UT Tower, Sam got down on one knee and asked me to marry him where I excitedly said “yea?” (Not really, I said “YES!!!”)

How did you choose your wedding venue, Barton Creek Resort and the Smith Family Chapel?

Having an interfaith wedding, it took us a while to decide on a venue for the wedding. I knew I wanted to be married in a church, but we didn’t want to be disrespectful of any of our Jewish relatives. We looked at the Catholic Church I was a member at, but it just didn’t feel right. The Texas charm at the Smith Family Chapel felt just right! We both loved all the limestone and they were so great to work with in terms of letting us customize it so that we could bring in both of our faiths.

Barton Creek was a pretty big no-brainer. We never considered anywhere but Austin to get married, and BCR was the first venue we both thought of initially. Sam loves to golf and we knew that having the event out there would be the perfect opportunity to let the guys play as much golf as they possibly could. It also has the beauty of the hill country that was really important to both of us – the ground are absolutely beautiful! We really liked the idea that our guests would be able to stay at the same place that the reception would be since we had so many out-of-town guests. We kept an open mind about venue, but after visiting three venues, we knew BCR was the perfect location for our dream wedding.

Describe your wedding decor/theme and how you chose it.

I’d describe it as modern and clean, but still traditional. I always knew I wanted a really clean and fresh decor. White, gold and green were always what I envisioned for the color palette of my wedding. Becky Brock and her team (along with Wendee Sawran and our other vendors) helped bring what was stuck somewhere in my brain to life! I would just talk about things I liked, and between the team we had, it magically appeared!

Why did you choose me, Jenny, to be your wedding photographer?

We put a lot of trust in Becky. From the first time we talked to her, we knew she understood our vision. Since we weren’t living in Austin at the time, Becky would listen to our likes/dislikes and then send us a list of vendors to gauge our thoughts. You were one of the first things we decided on – Becky was SPOT ON when she sent over your portfolio! We knew we loved your work so much that we didn’t even meet with any other photographers the day we went in to Austin for wedding meetings because it was a gut feeling that you were the right fit. We’ve said it since the wedding, and will continue to say it, hiring you as our photographer was one of the best decisions we made for our wedding! You captured every moment along the way so perfectly, and now we get to have those memories captured forever!

What was one of your favorite moments from the your wedding day?

Hands down my favorite moment was when the doors at the chapel opened and I got to see Sam standing at the end of the aisle. Despite our crunch for time between the wedding and reception, I knew I wanted that moment to be special so I chose against a first look (despite both Jenny and Sam’s recommendation ;).) Looking back, Sam has said he now agrees with me (and even suggested to other friends that they not do a first look – don’t cringe when you read that, Jenny!) because that moment was super special for both of us. The anticipation and excitement we had both been feeling culminated with that one moment.

What was your favorite image from your wedding day?

There’s too many to choose!!!!!!! If I had to pick just one, probably the one we had you send us for our Christmas card (the black and white image of us walking down the aisle after we were married.) We both look super happy, and despite everyone around, we’re entranced in a moment together that you captured.

Did any of your other vendors go above and beyond for you?

Other than you? Really, all of our vendors were amazing!! Becky Brock was unreal!!!!!! I can’t say enough about her. We talked to a lot of coordinators before we picked Becky, but none of them felt like a good fit. Any one of them could have done a fine job I’m sure, but the first time we talked to Becky, we knew we loved her! She is absolutely amazing! Our wedding day was absolutely perfect for us, and I know a big part of that was because of Becky. Definitely Wendee Sawran with our flowers, and also Mando Rivera and Aida Rodriguez from Hair Art Studio that did hair and makeup. Wendee was a HUGE part in bringing the vision of the wedding together! She was on board with the vision the entire time, and was extremely willing to go above and beyond what we asked for! That moment that Sam and I got to go in to the ballroom alone before they opened the doors was like a dream! Mando and Aida – I really can’t say enough about them, either. Mando has been cutting my hair since I was little, and I knew there was no one I would trust other than them for the wedding! Having them make the trip from McAllen was so special for me. I’m sure every girl feels like a princess on their wedding day, but a huge part of me feeling as beautiful as I did was because of them!

Do you have any tips to share with other couples?

Don’t sweat the little stuff during the planning process. Every couple is different, so everyone will have different aspects of their wedding that will be important to them. We had a few things in our minds that would make for our perfect wedding, and luckily we had a team that made that a reality! Listen to your gut and plan accordingly – spend on what’s important to you, and try not to worry about what you think others will think. Everyone will always have an opinion!…But remember that this day is about you and your future husband/wife – make every decision for the two of you!

Event Planning and Design: Becky Brock with Brock and Co.

Hair/Makeup: Mando + Aida from the Hair Art Studio in McAllen