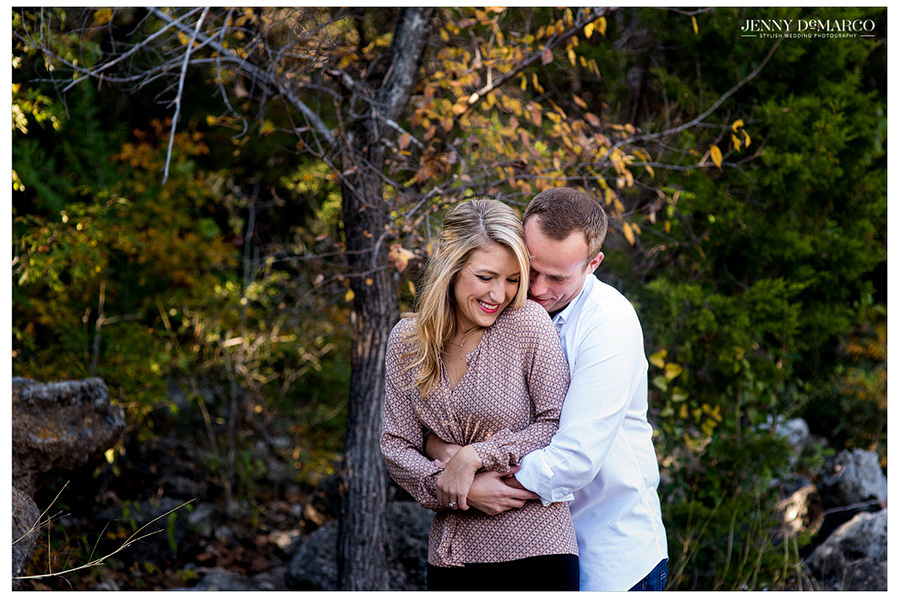 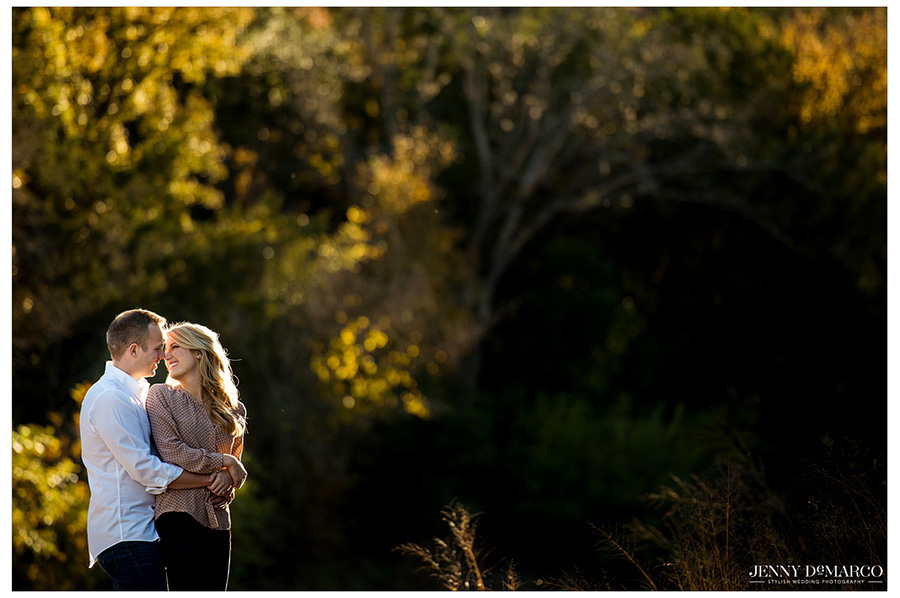 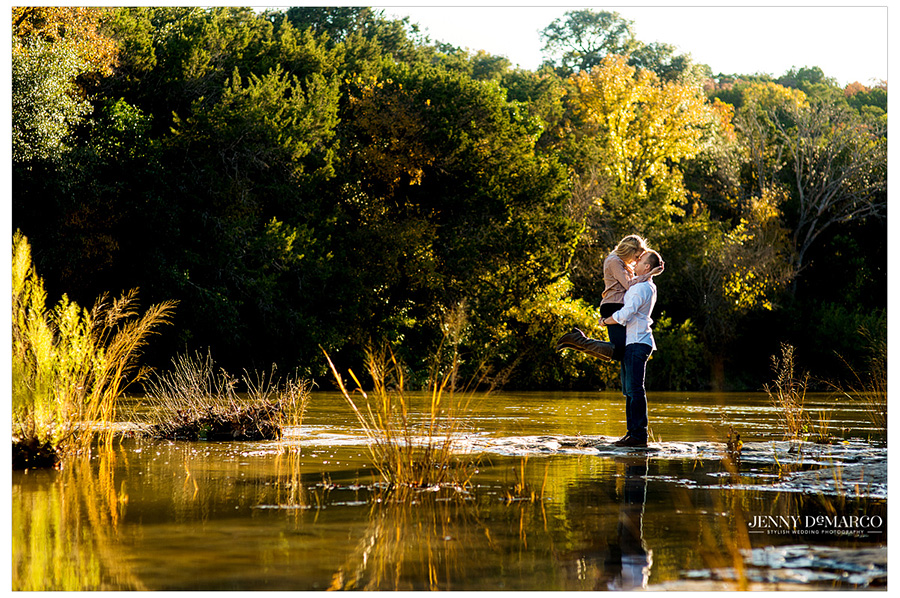 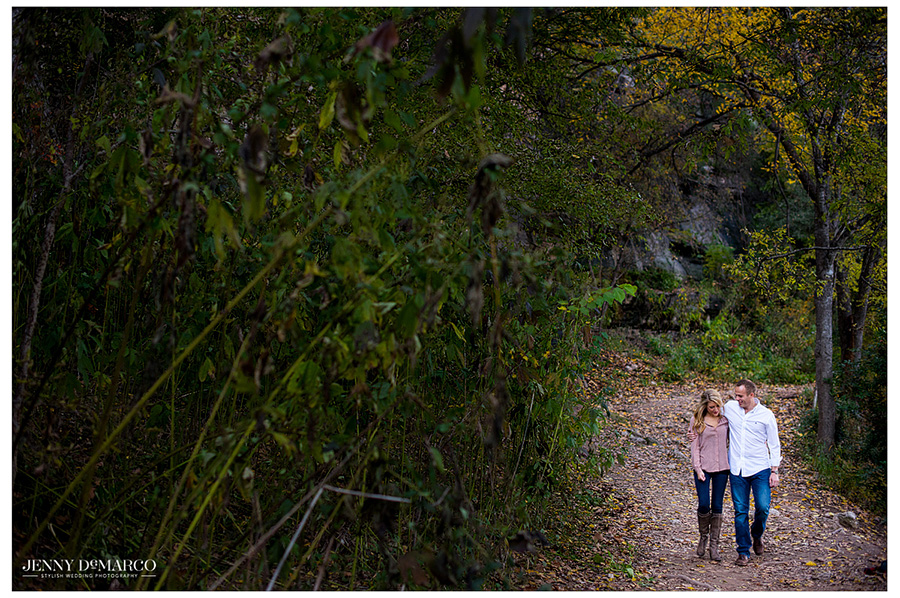 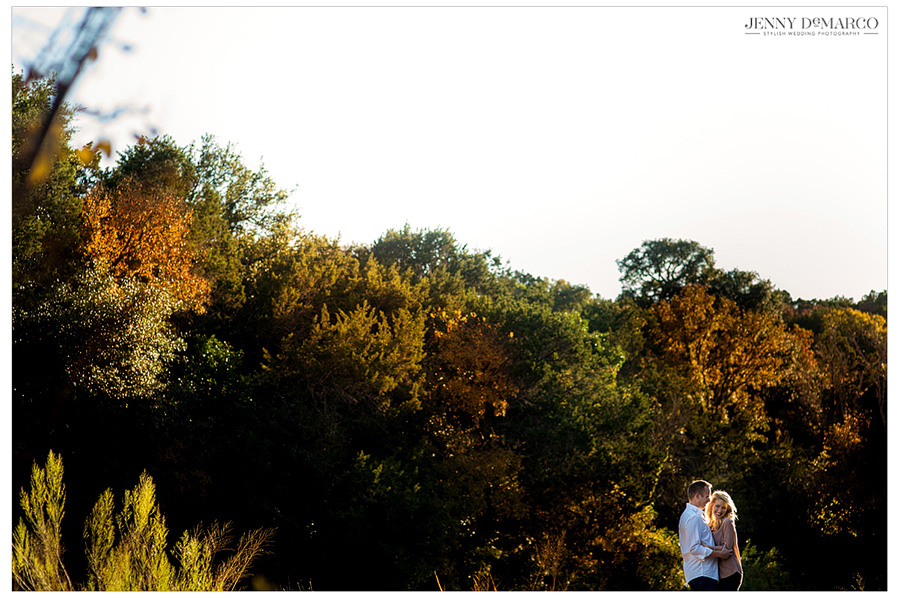 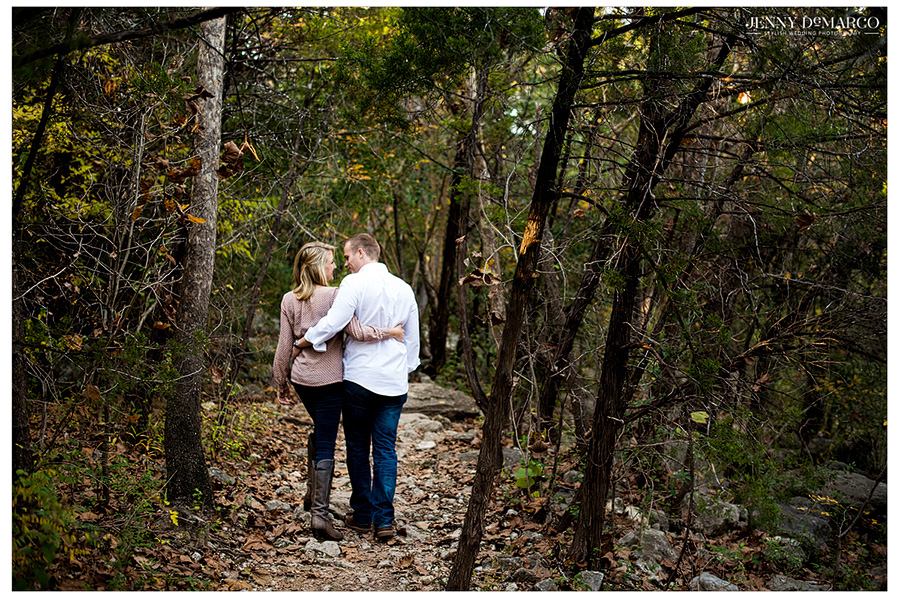 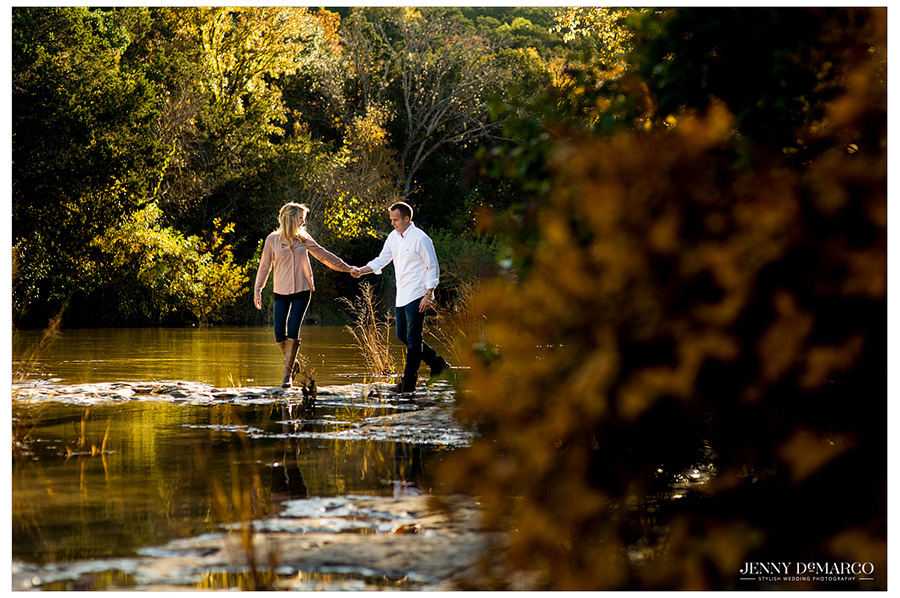 Jenny and Chris got married this last weekend at the Four Seasons so we are going to share some of my favorite photos from their engagement session we did last fall. They chose to do this session at the Austin greenbelt because they live nearby and spend quality time together walking the trails daily. She is a therapist and a local Austin gal. He’s a realtor who grew up in New Orleans. They met while Chris was working as a waiter at Spanish Oaks Country Club (a place her parents have loved to go for dinner for years).  We couldn’t have had better weather, gorgeous golden light and a little dapple of fall foliage in the background.

She also shared their proposal story with us:

“Chris thought I was onto the proposal (I wasn’t!) so he decided to make it as surprising as possible. We had planned to go for drinks to say goodbye to our friend who was moving to England but I was pretty grumpy after work! While I was complaining about work in the car on the way there, Chris said we should pull over and check out “our friend’s kayak race”. If I had been paying attention to my emails I would have known that our friend was in a bike race and it was in Colorado! He pulled over in a handicapped spot, which is totally unlike him and which meant more grumbling from me, but he successfully got me out on the bridge. I was walking slightly ahead of him down the Lamar Pedestrian Bridge and complaining that I didn’t see any kayaks when he took my hand… His was shaking so much I knew instantly that he must be proposing!”