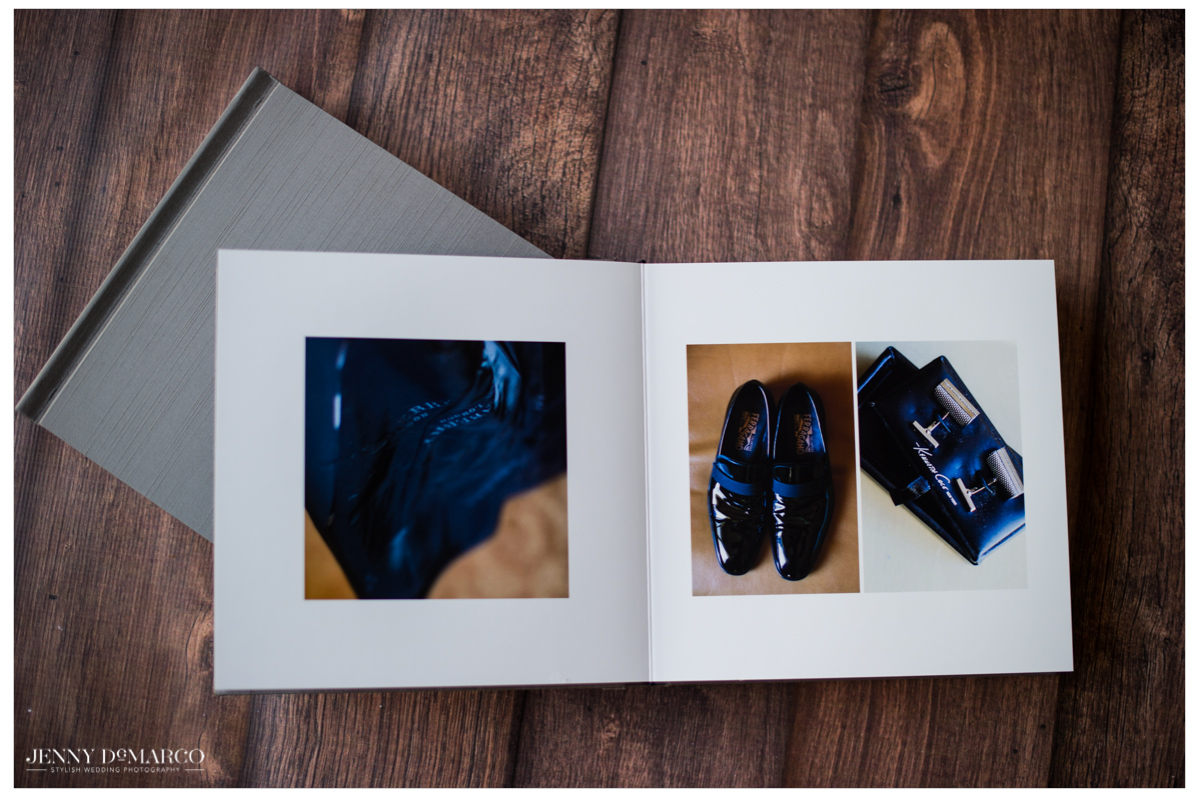 We have just recently sent out two of these medium (10 x 10) grey Japanese silk wedding albums to two couples whose weddings could not have been more different: the first being a black tie event in downtown Austin, Texas at the Driskill Hotel, while the second took place in the Austin hill country at Camp Lucy. Although both of these weddings fell on opposite ends of the theme spectrum, each couple chose the same square bound silk album to hold their memories in forever! The albums contain 27 and 30 spreads respectively, giving them the context of being fuller than a shorter album. But because these couples chose to have a larger number of pages within their albums, they were able to showcase each moment from their weddings, start to finish, in lovely silk that can be cherished for future years to come.  Below you find photographs of different aspects of the albums including the covers and several of our favorite spreads from each wedding. Although the albums appear here for two separate weddings, we hope to one day create a grey Japanese silk double album spread for one beautiful couple to match this sleek and modern design. To see inside each wedding more closely, we have provided links to the couple’s blogs as well as a peek into their wedding albums!

Rachel and Ben –  The Driskill Hotel : Album and Blog 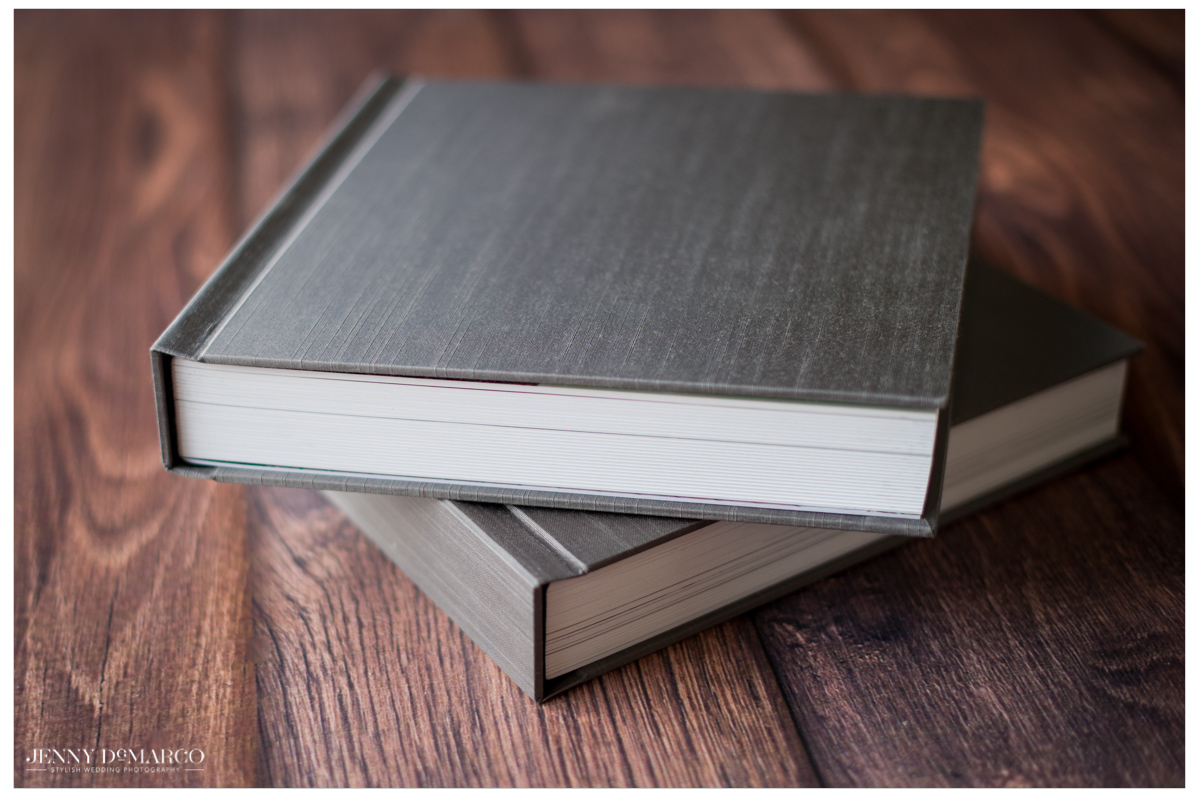 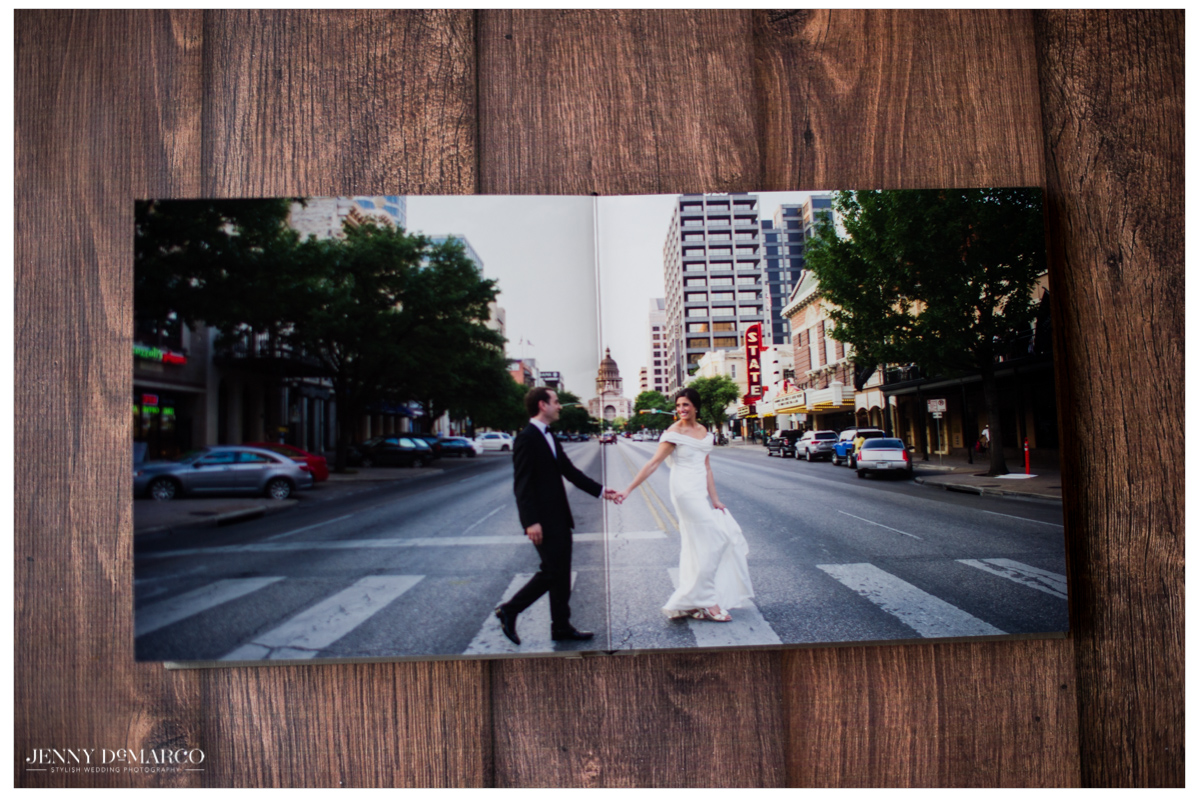 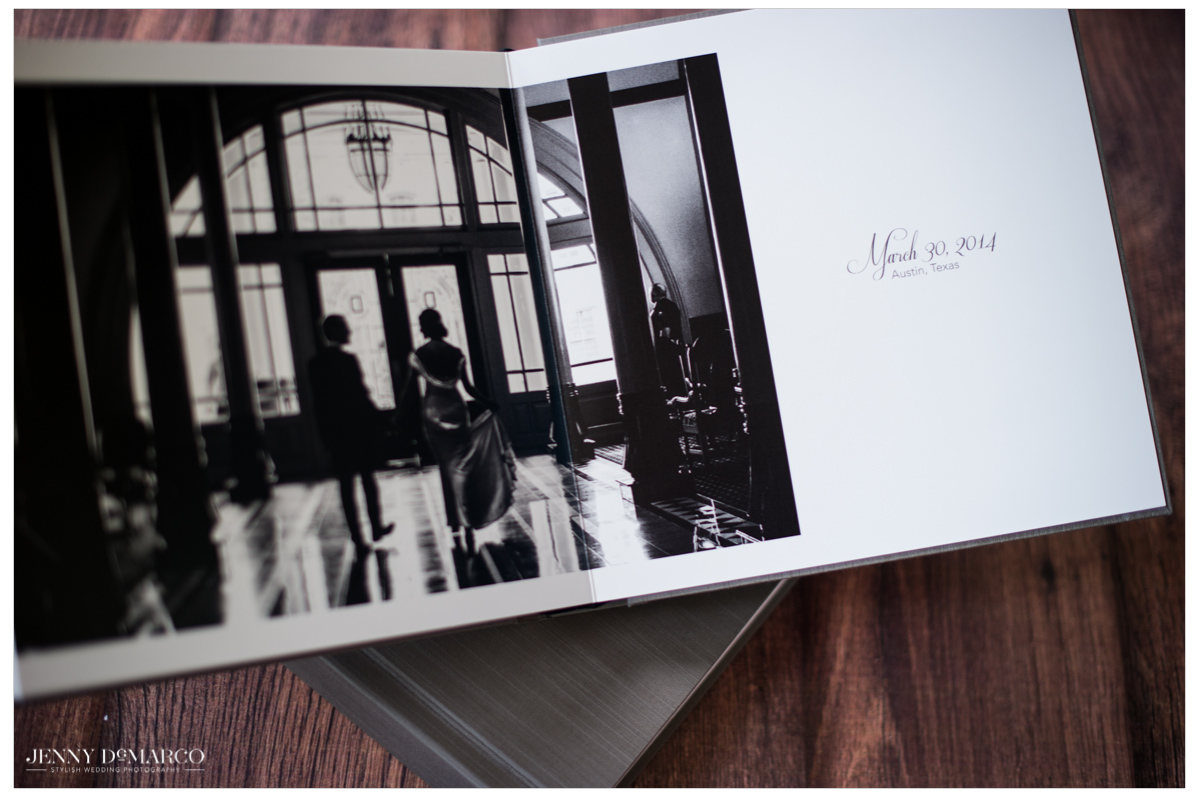 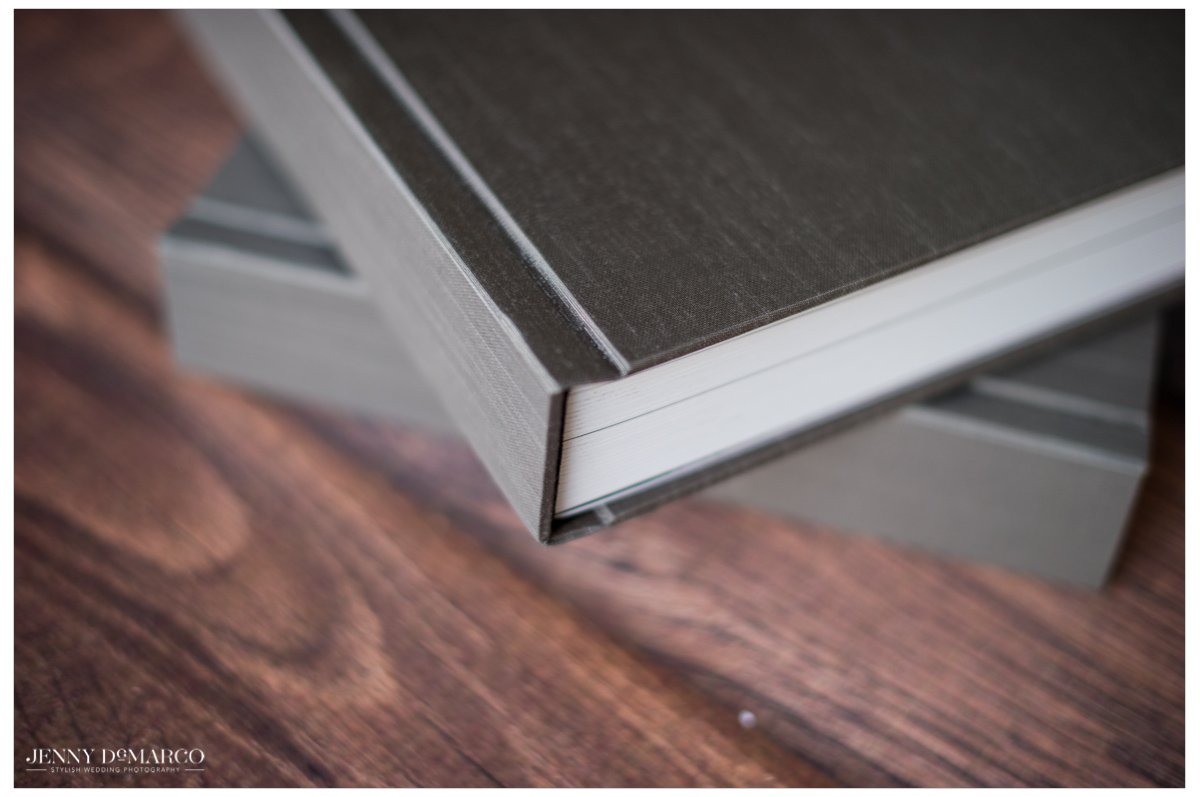 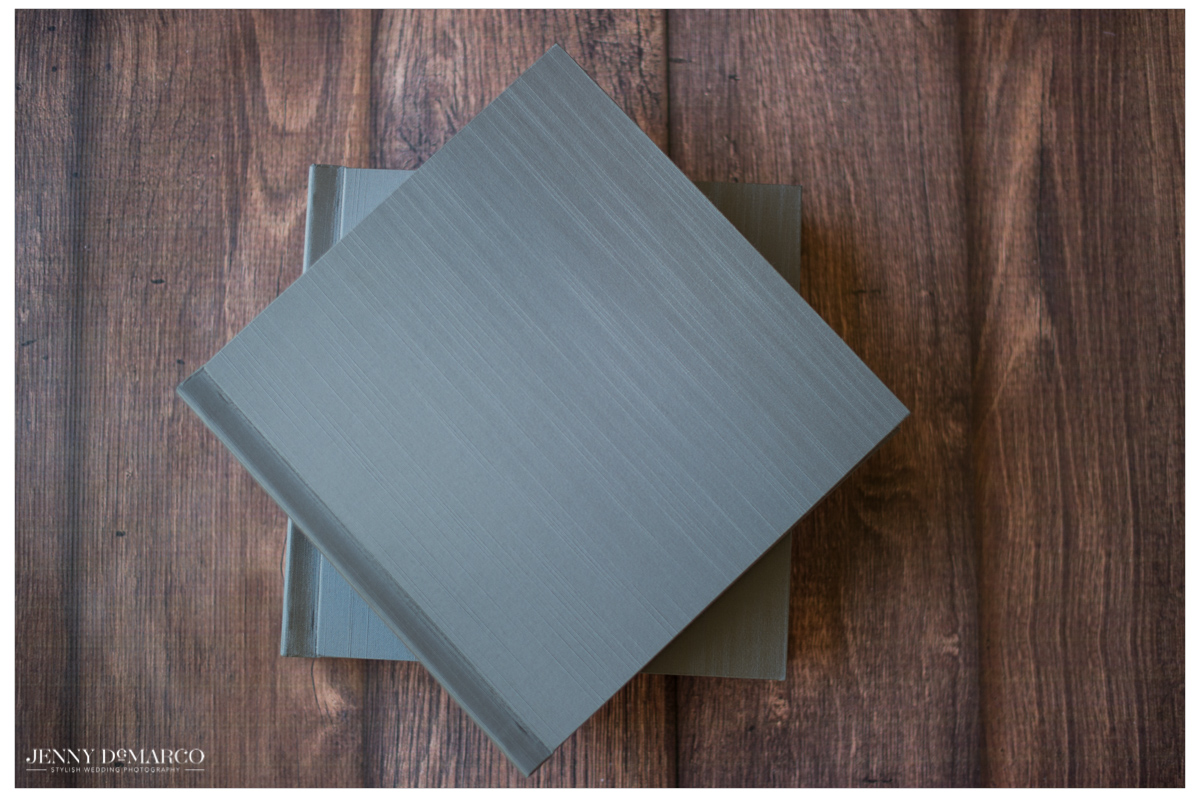 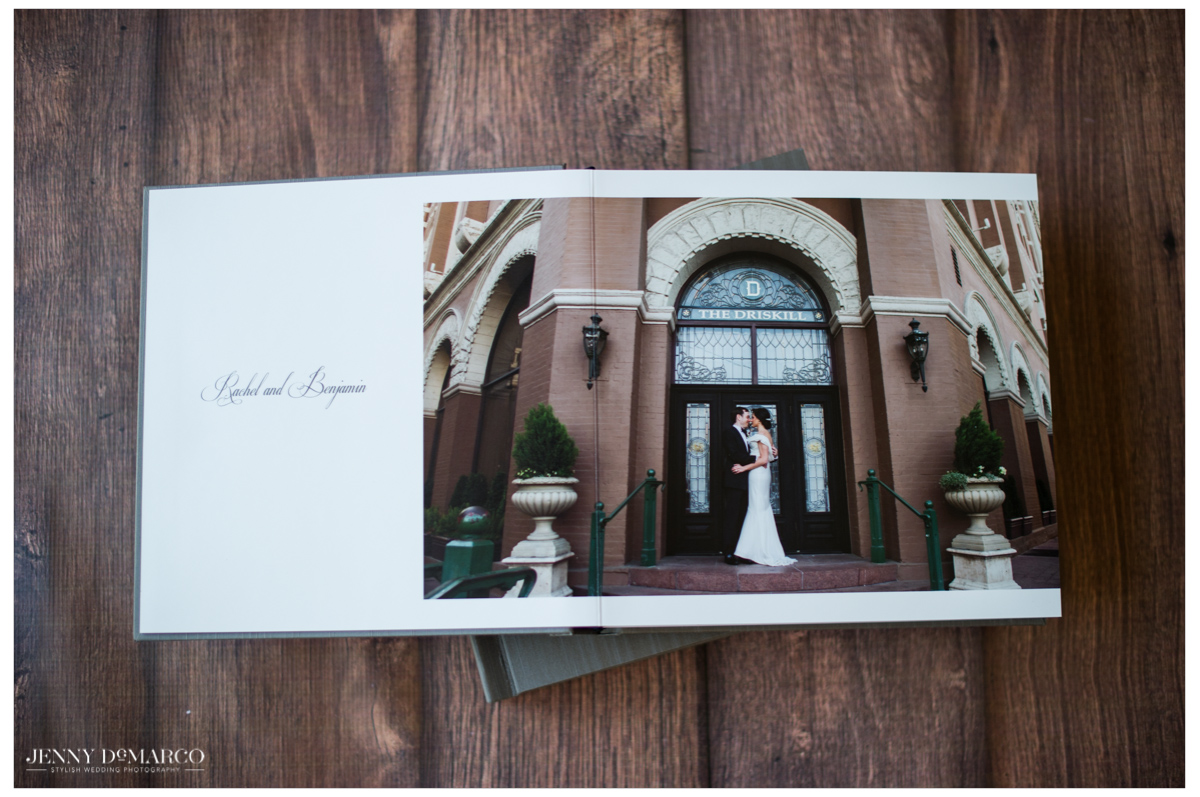 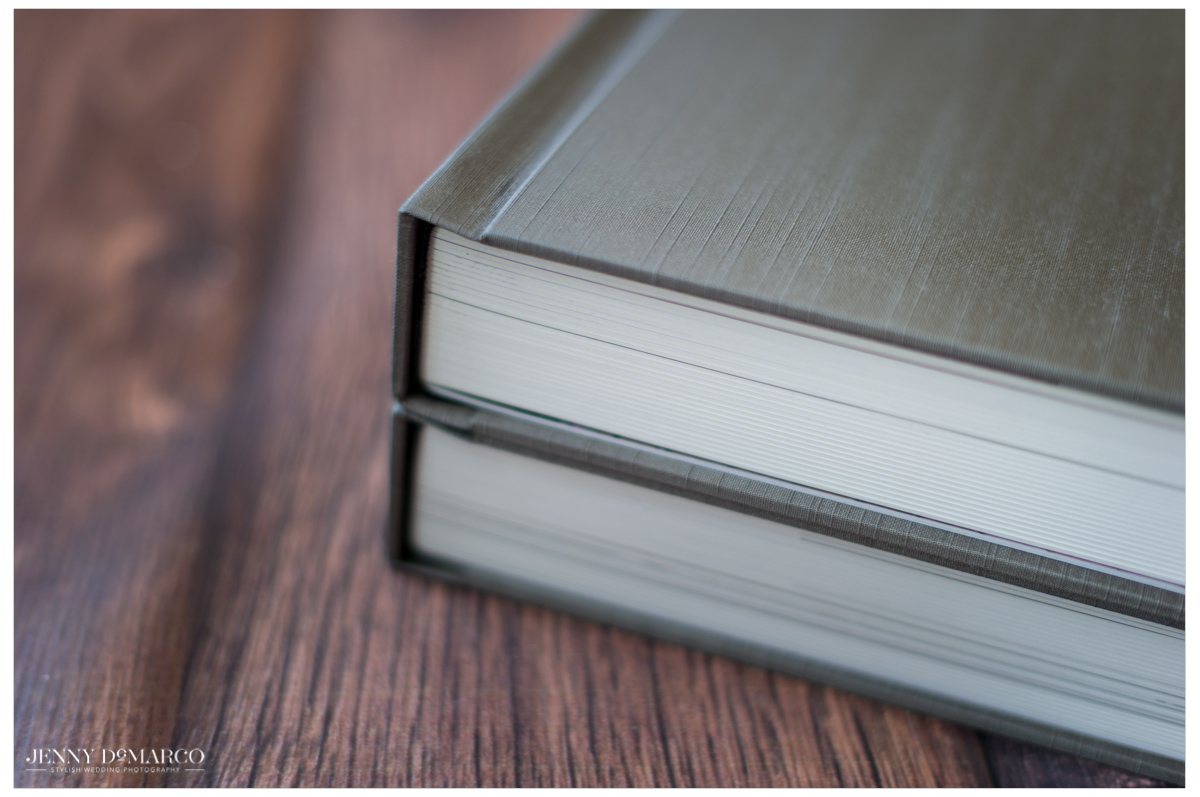