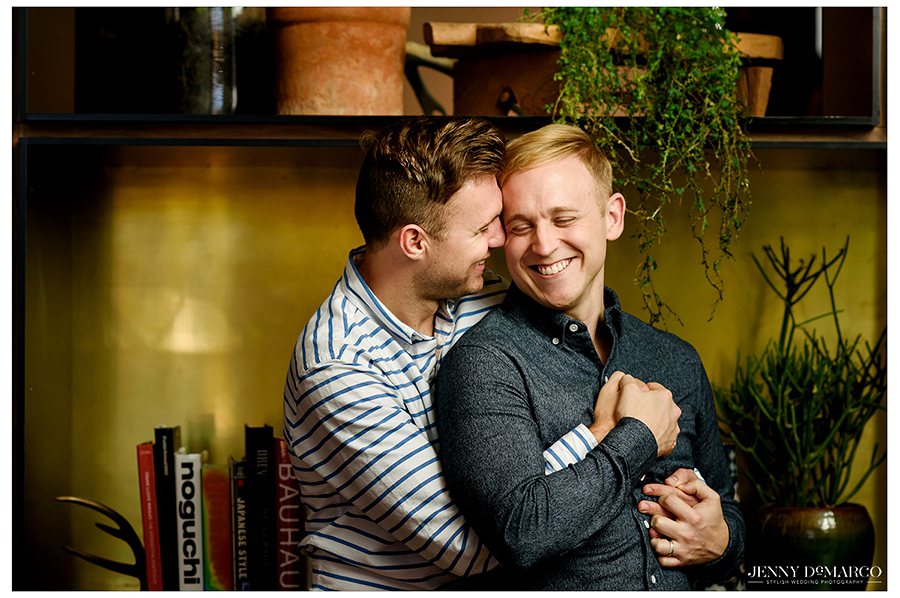 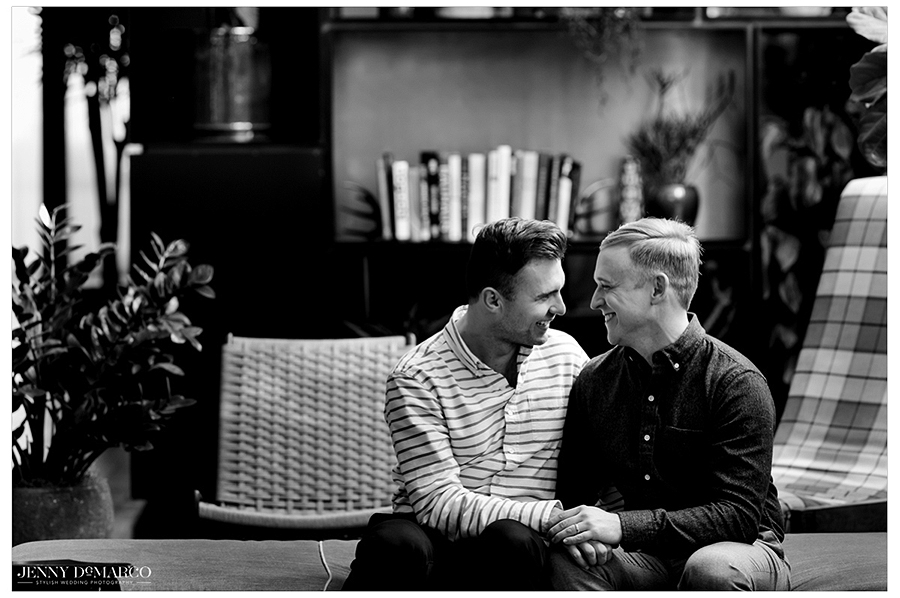 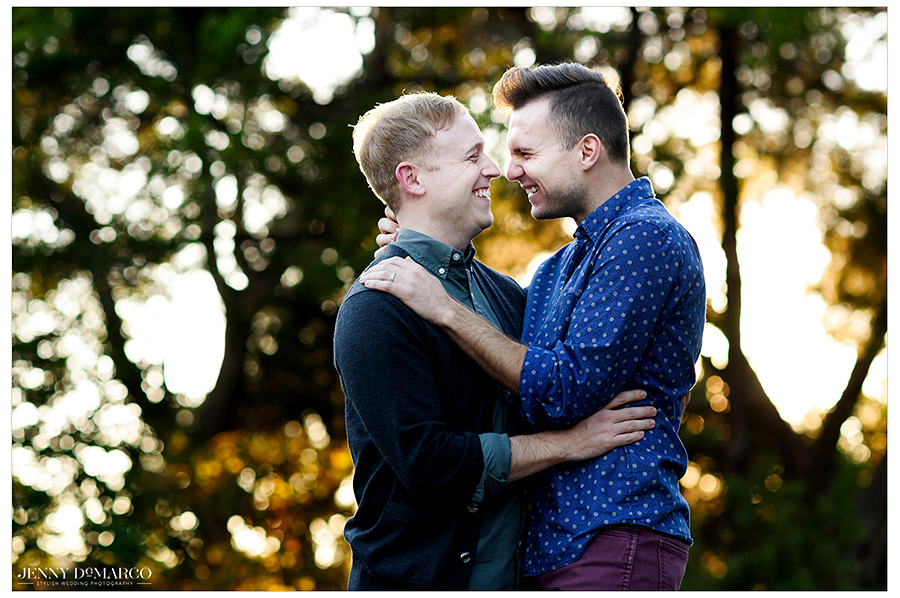 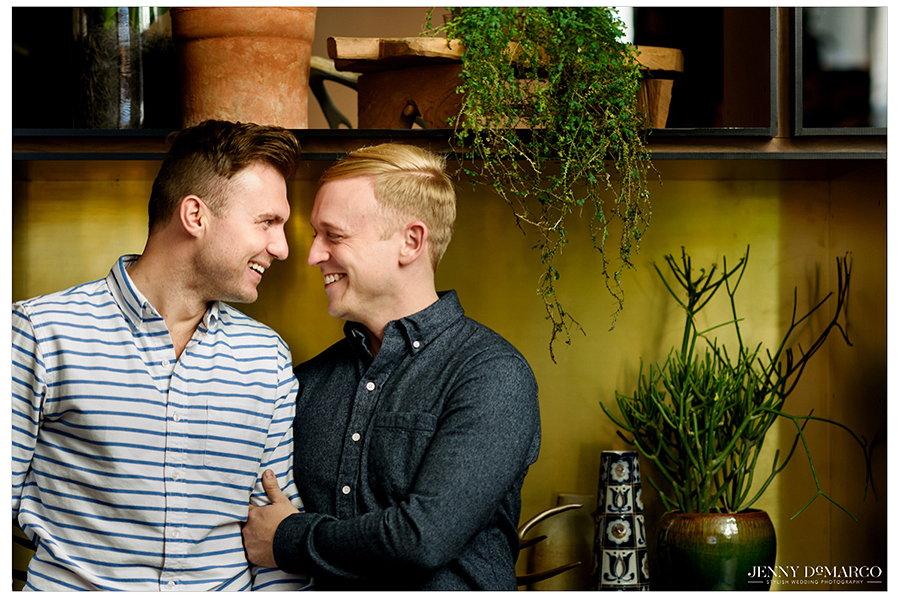 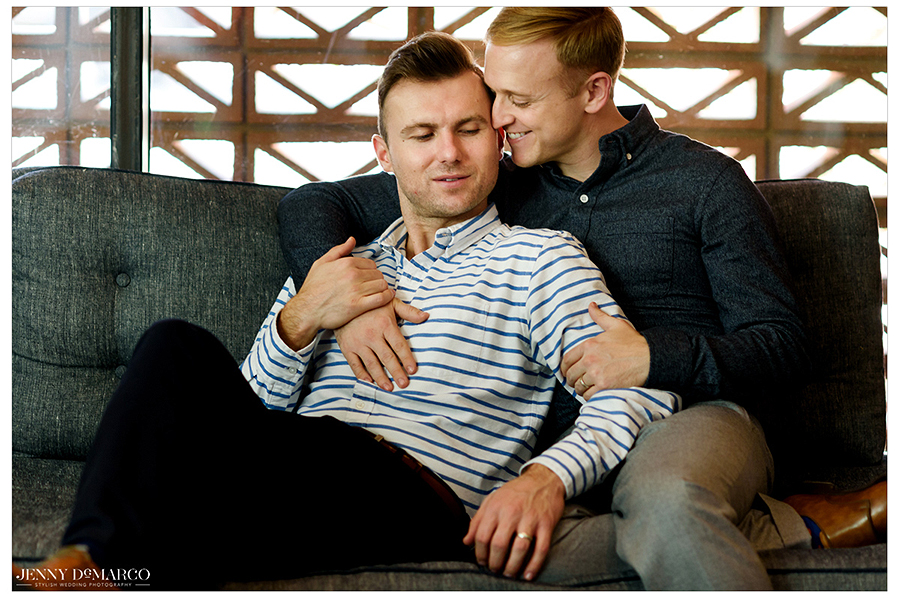 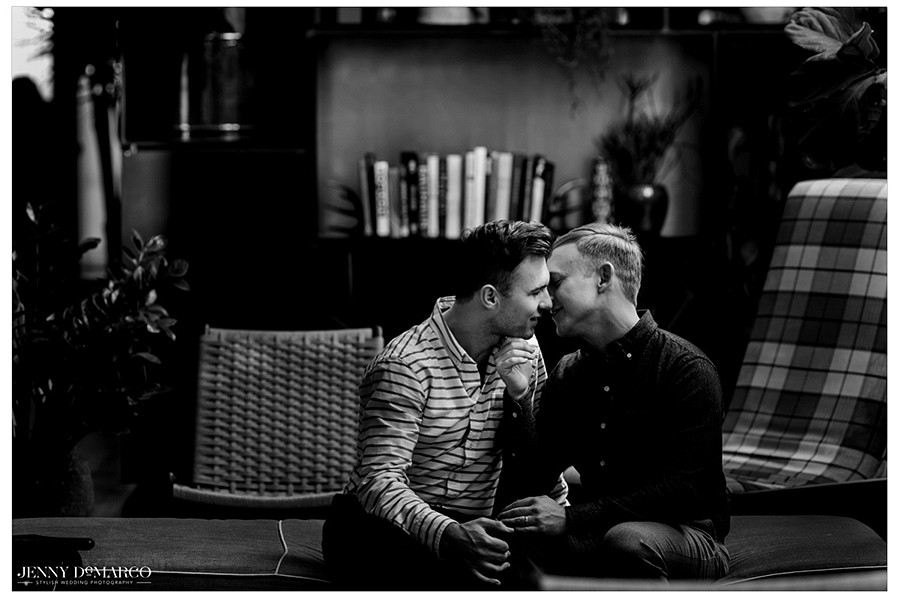 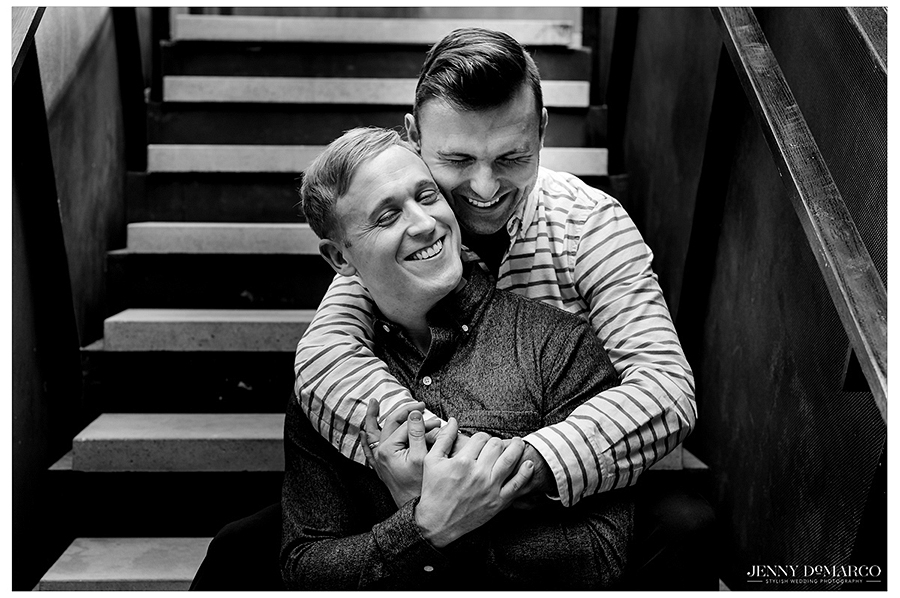 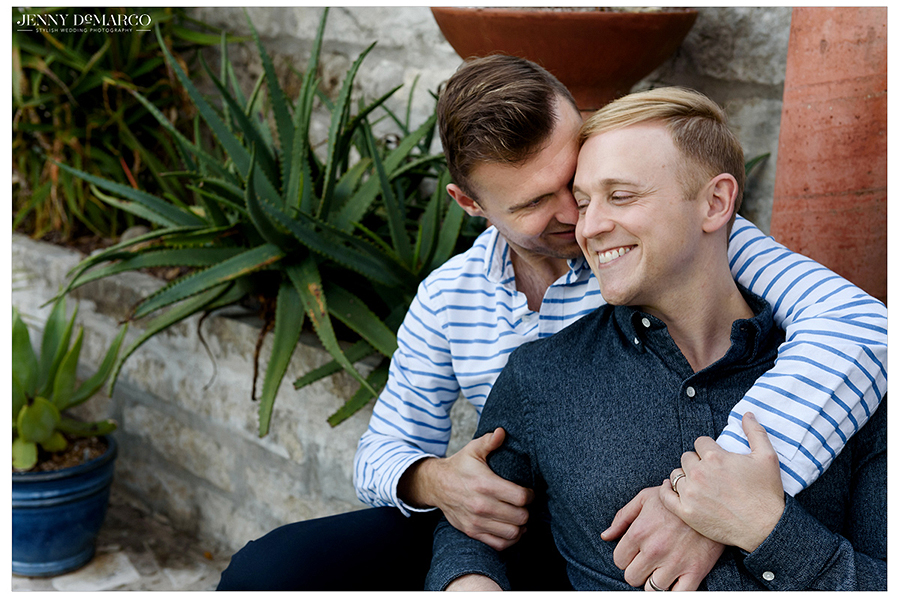 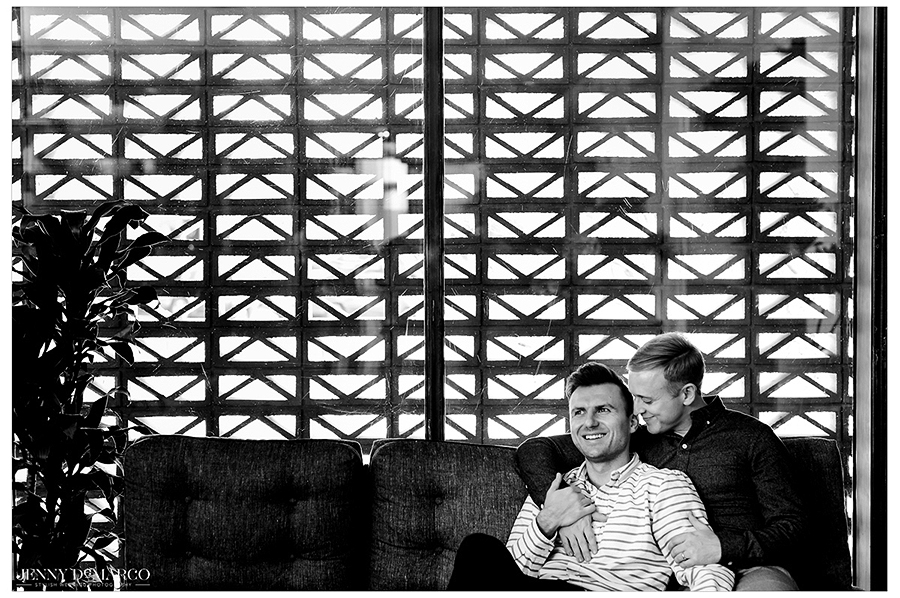 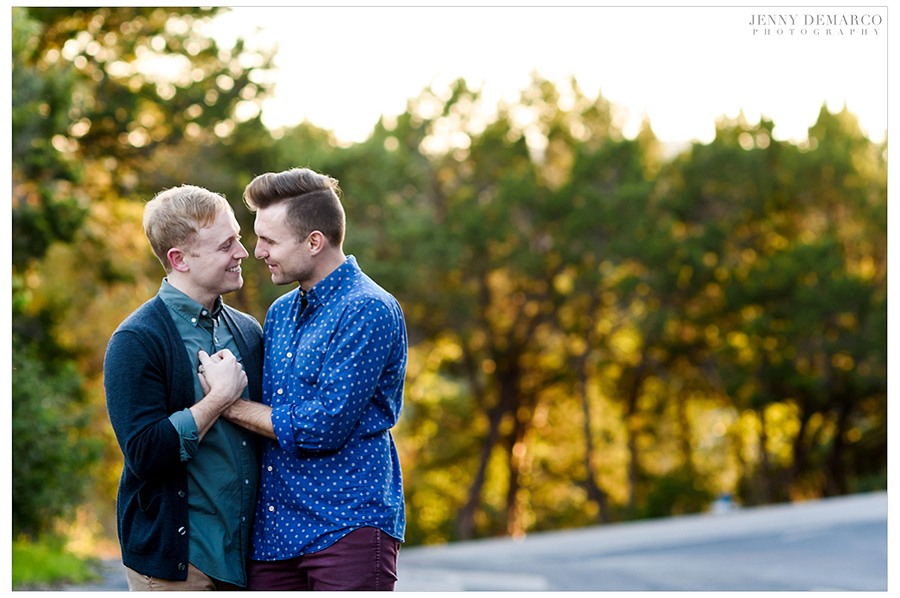 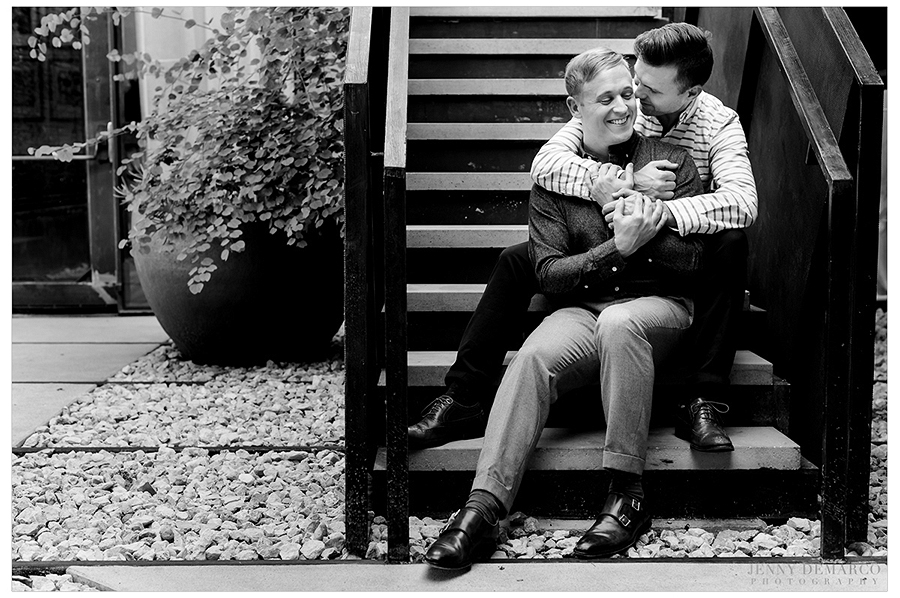 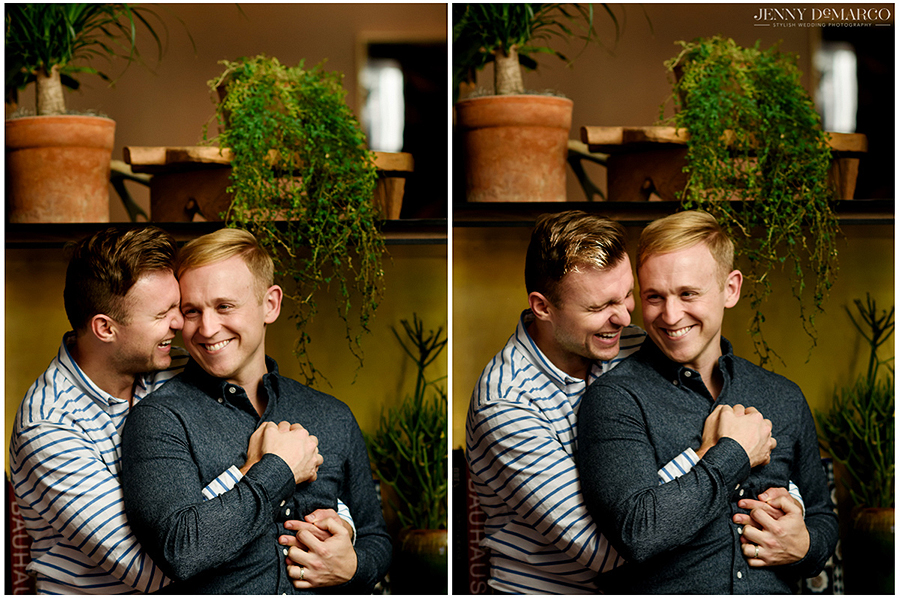 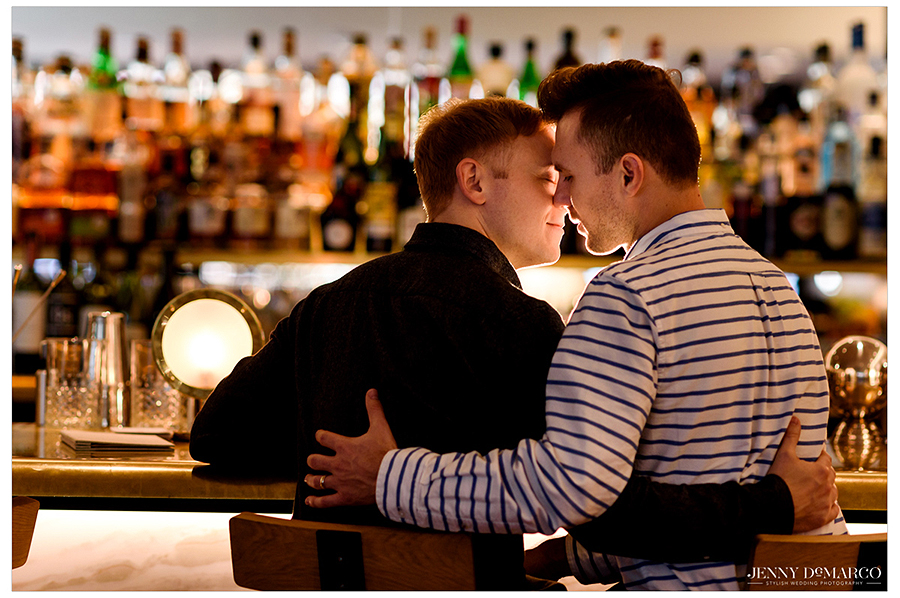 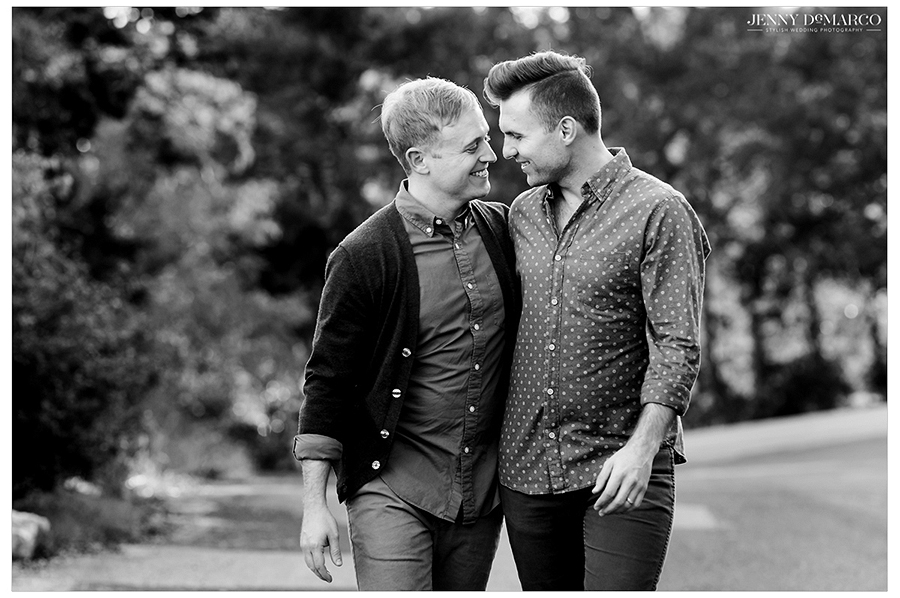 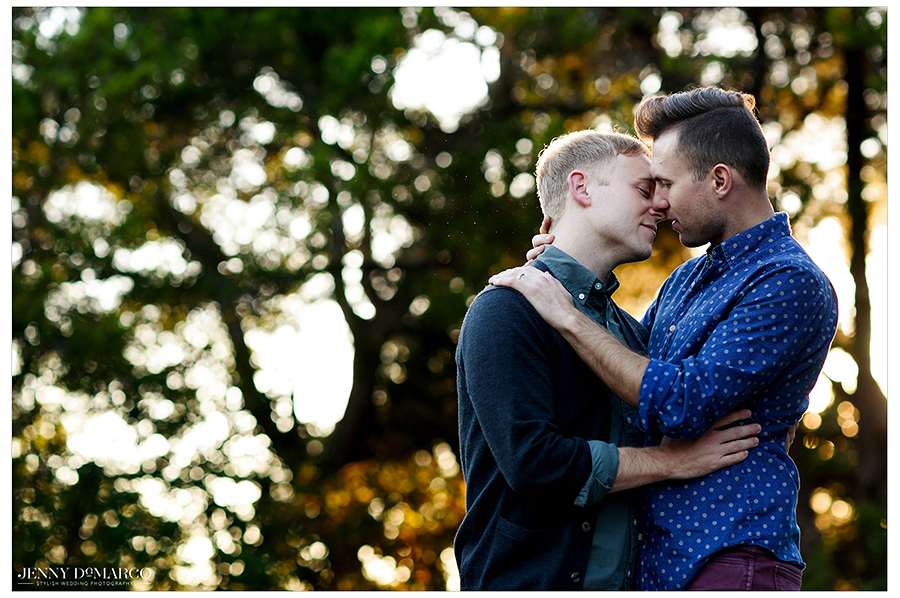 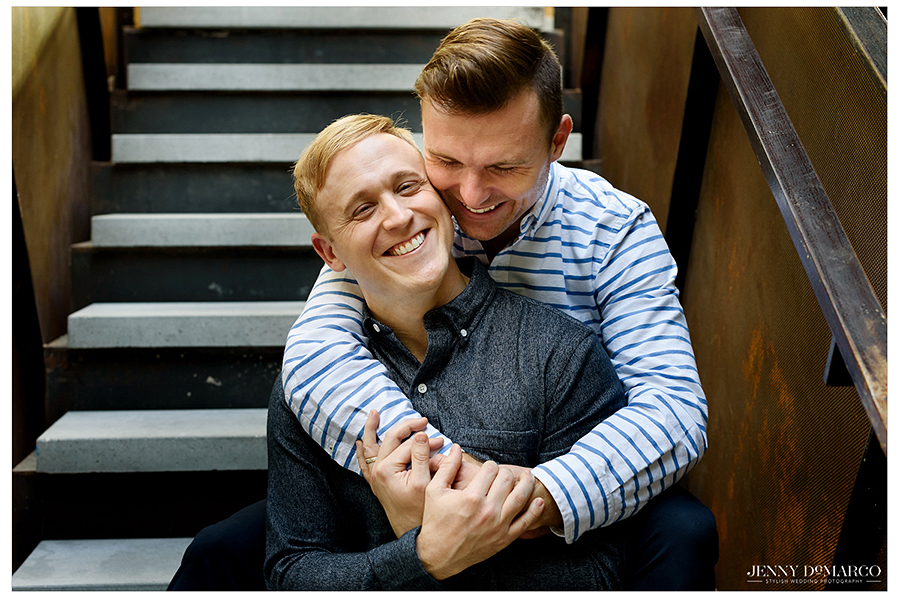 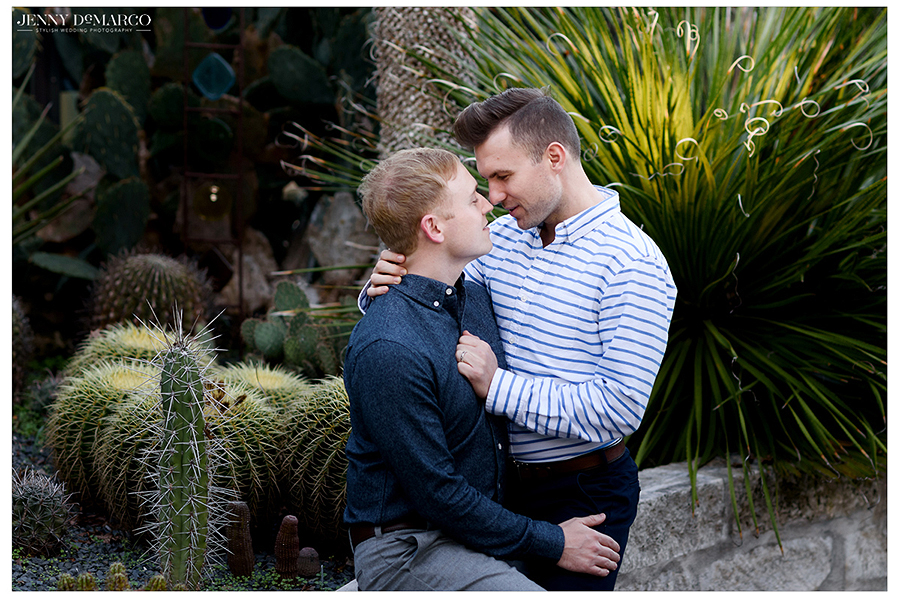 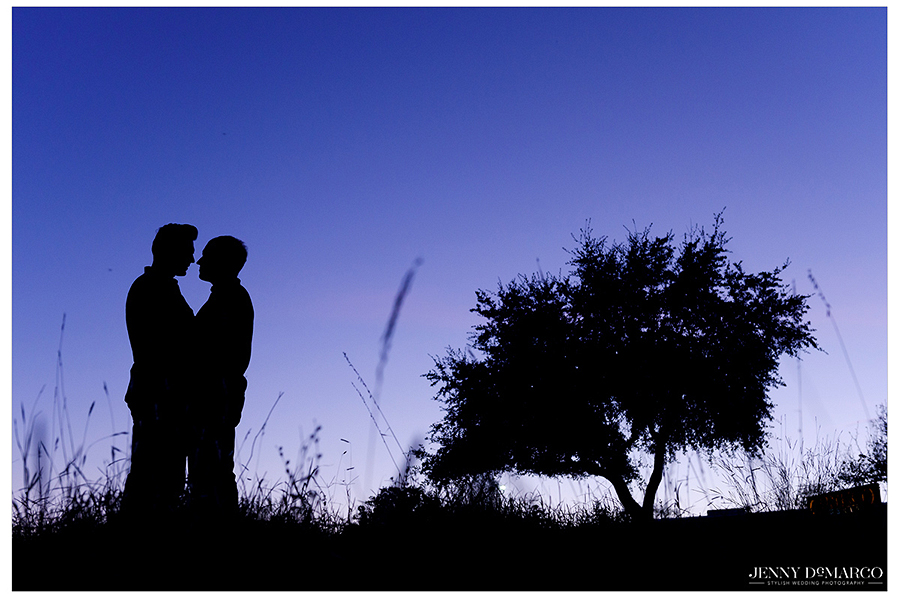 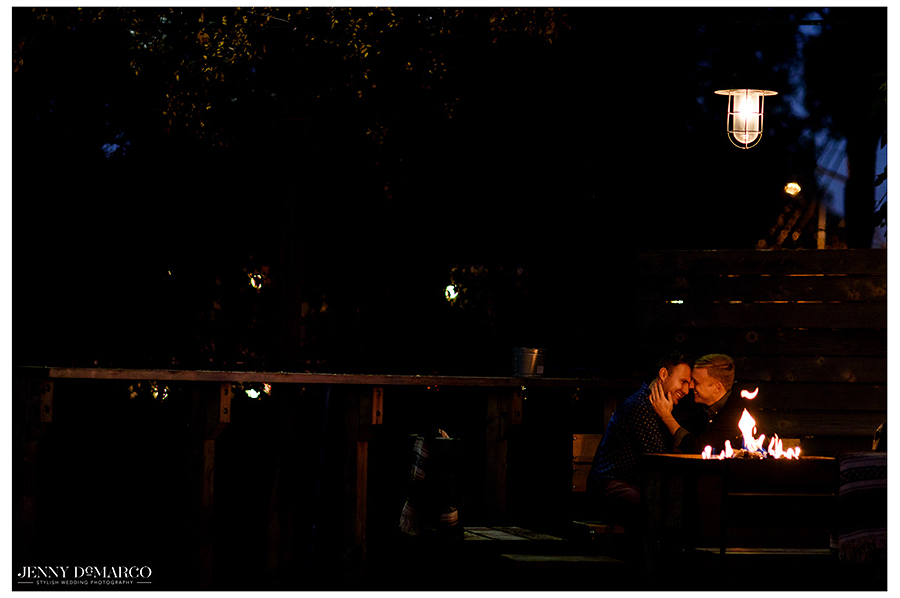 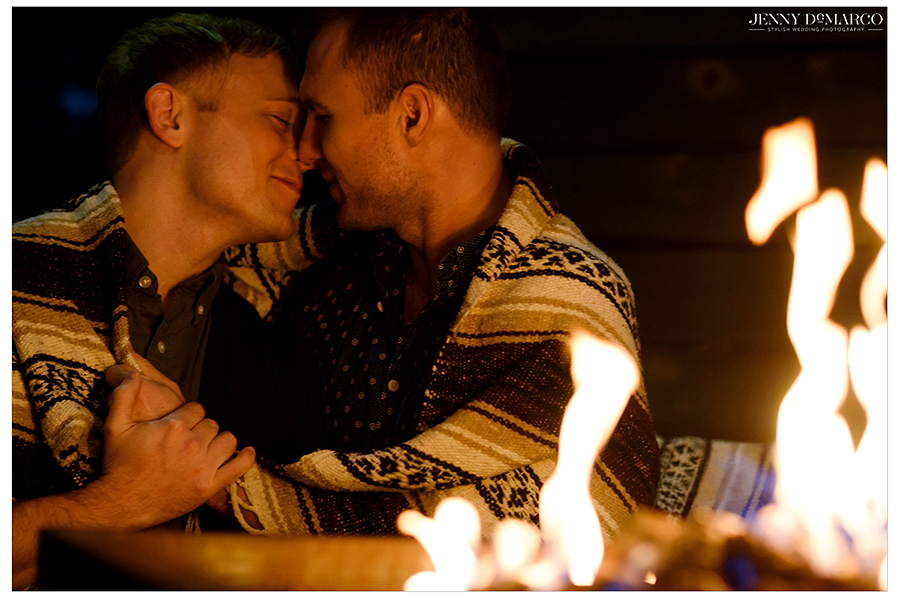 Joel and Jeff are getting married this May at Prospect House in Dripping Springs, TX and are working with the talented Gina Whittington from the Whit Experience.

What are your day jobs?

Jeff is an attorney; Joel is a producer at an advertising agency

Where did you both grow up?

Suburbs of Houston (Kingwood and Humble)

How did you meet?

We were both involved with a local community theater as kids, but at different times. We met at a reunion gala event where they had invited all of the alumni to come back and perform. The first time Jeff remembers meeting Joel, Joel was knitting a scarf in the dressing room backstage!

Tell me about the proposal?

We’re Beyonce fiances!! Jeff arranged it all, and surprised Joel. Jeff took Joel to the Beyonce tour in Brooklyn, and then afterward, we went for dessert at The Red Cat, the same restaurant where Jeff asked Joel to be his boyfriend (the second time) and where they had celebrated their anniversary every year since then. Jeff had the rings planted in advance, and by the time they made it to the restaurant, they were the only ones in the restaurant. Jeff tried to make it super romantic and get Joel to talk about what he remembered about their first time at Red Cat, but Joel couldn’t really remember anything! So Jeff just stood up, grabbed the rings from under the table, and got down on his knee. He said YES, there was lots of crying, and then our friends all came rushing in for a champagne toast 🙂

Name a few places that are special to you. This could be a vacation, a concert, something you enjoy doing together locally, etc. It doesn’t have to be anything fancy; just someplace you have made memories together.

Joel’s favorite place is our first apartment in NYC together at 120 W. 120th Street. The Red Cat was where Jeff asked Joel to be his boyfriend, where we celebrated our anniversaries while we were still in New York, and where Jeff ultimately proposed. Jeff loves laying in Joel’s lap, getting his back and head scratched. For their very first date (the first time they dated), Joel set up a picnic on the dock outside his parents’ house and lined the dock with tea lights. It was SUPER romantic.

When you can do anything you want to do, what do you do? i.e. what are your hobbies, what do you like to do in your leisure time, what makes you happy?

Joel is a big runner, running the trail around Town Lake. We both love playing with our dog, Justice. Jeff enjoys drinking wine and having deep conversations with friends. Or, asking Joel to scratch his head 🙂 We both really enjoy traveling, exploring new places and new cultures. Also, we both LOVE dancing to Beyonce.

What is your favorite music and/or songs that mean the most to you as a couple? A playlist of sorts would be great! And any stories are great too!

Beyonce, Beyonce, Beyonce. Very important to us. We like to sing showtunes in the car together on long car rides. Joel’s into Top 40, but Jeff can get annoyed when he has to listen to the same songs over and over. Whitney Houston (in particular the Bodyguard Soundtrack) has always been pretty special to Jeff. As an emotional middle schooler, Jeff would rollerblade around, listening to the Bodyguard tape on his walkman, and crying. We’ll belt out all the Divas – Celine, Mariah, Whitney, Bey, Jennifer Hudson… maybe throw in some Britney, N Sync, Backstreet for good measure.

What are your favorite foods/restaurants?

Joel could live off chips and salsa. We will eat our weight in ice cream or anything with melted cheese. We love Indian food, Thai food, Chinese food, Mexican food. We’ll eat just about anything that doesn’t come from the sea (no seafood!!). We’re also really into coffee, and we drink it all day long.

Any pets? Tell me about them!

3 months ago we adopted a mini schnauzer. He was a gift from Joel’s parents to Jeff for finishing law school. So, justifiably, we named him Justice Hogan, II. One day he will be Chief Justice.

He is a very energetic pup. He loves to be the center of attention and we love giving him all of it. He is our little boy, doing his job to train us to be parents.

AND since adding him to the family Joel’s instagram has become a photo archive of him over the past few months.