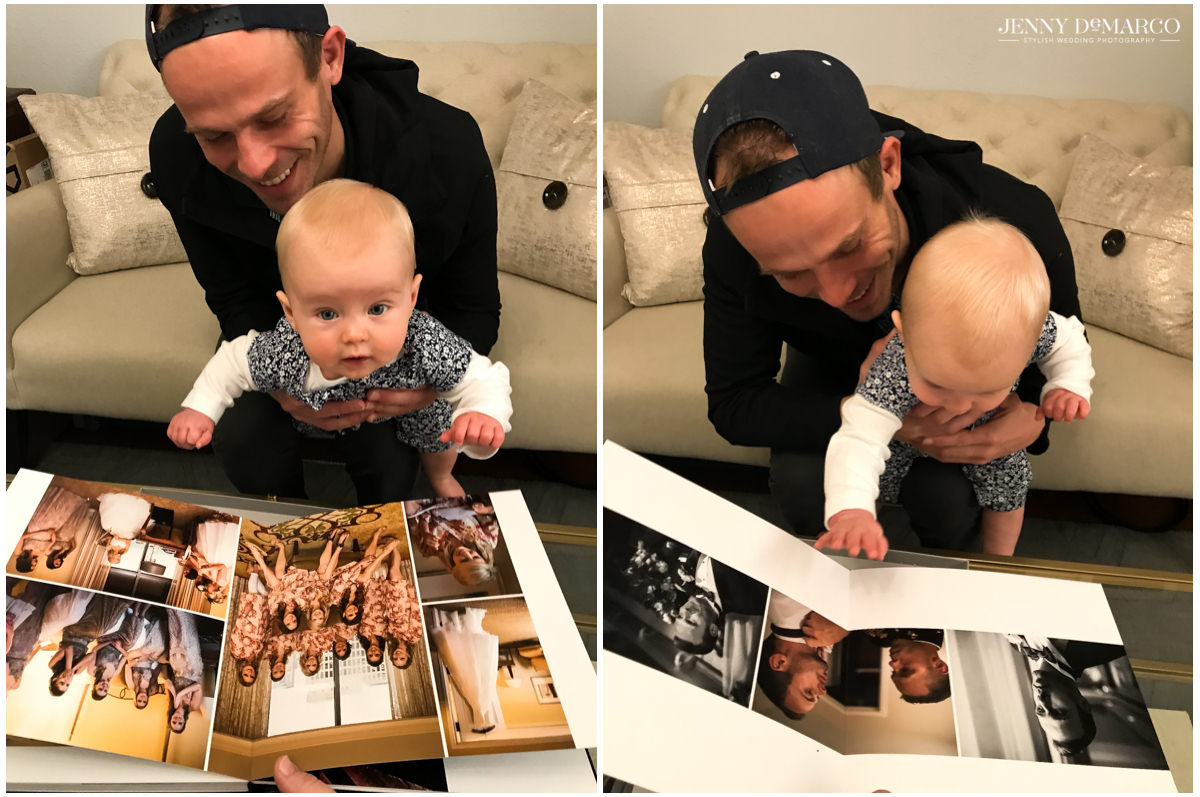 I was so excited when Jenny and Chris finalized their album and even better was getting to meet their six-month-old daughter Claire when Chris came to pick it up. What a cutie! I really do think about these albums as a gift we are giving our children and grandchildren. She was already excited looking through her book with daddy. Chris pointed out all the special people in her life that were there that day – grandparents, her Aunts, Uncles, special family friends and of course, her beautiful mom! When she gets older I know she will look through this book again and again…seeing loved ones as they were back then. She will be able to look at photos that show her their personalities and give her a sort of time machine. And what is cooler as these photos will change as she grows. She will see her mom and dad as older when she is little. But when she looks at this album about the time she is ready to get married, she will see her parents in a whole new light as an adult. And that is so very powerful.

Jenny and Chris chose a large album with a dark grey leather (called gunmetal) and their names embossed on the front in a 36pt font. Their mom, Susan, purchased a medium skinny album in a black vegan leather called Texas tea. Their design consisted of 20 beautiful spreads! 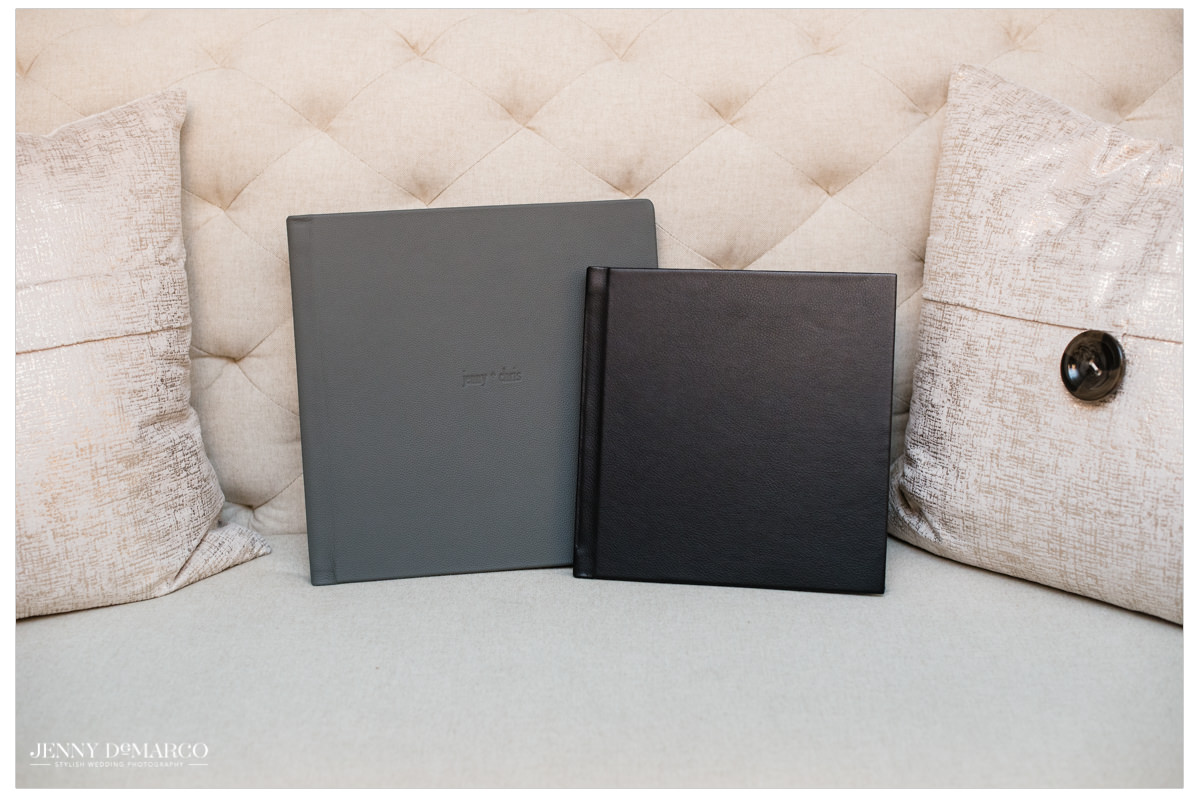 Two albums side by side. On the left – Large wedding album in dark grey (Gunmetal) leather. On the right, medium parent album in vegan black leather (Texas Tea) 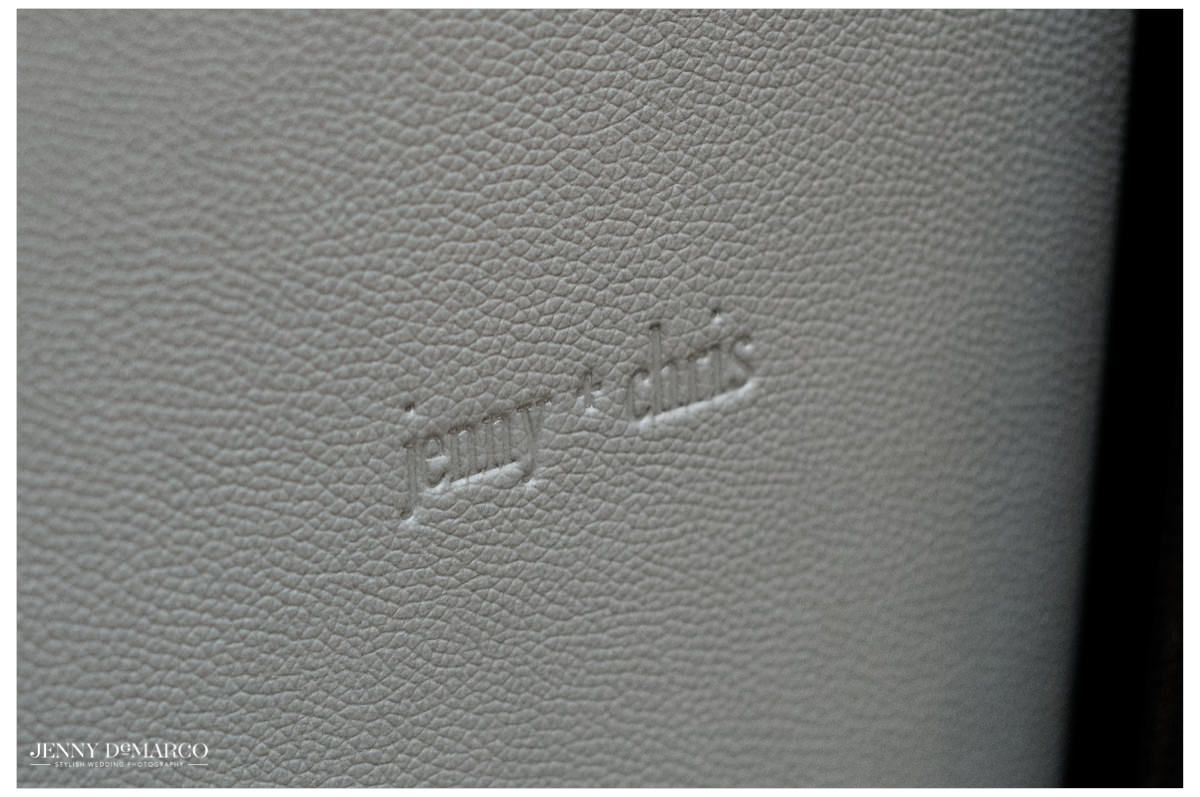 Detail of the standard embossing in GLOUCESTER 36pt font. 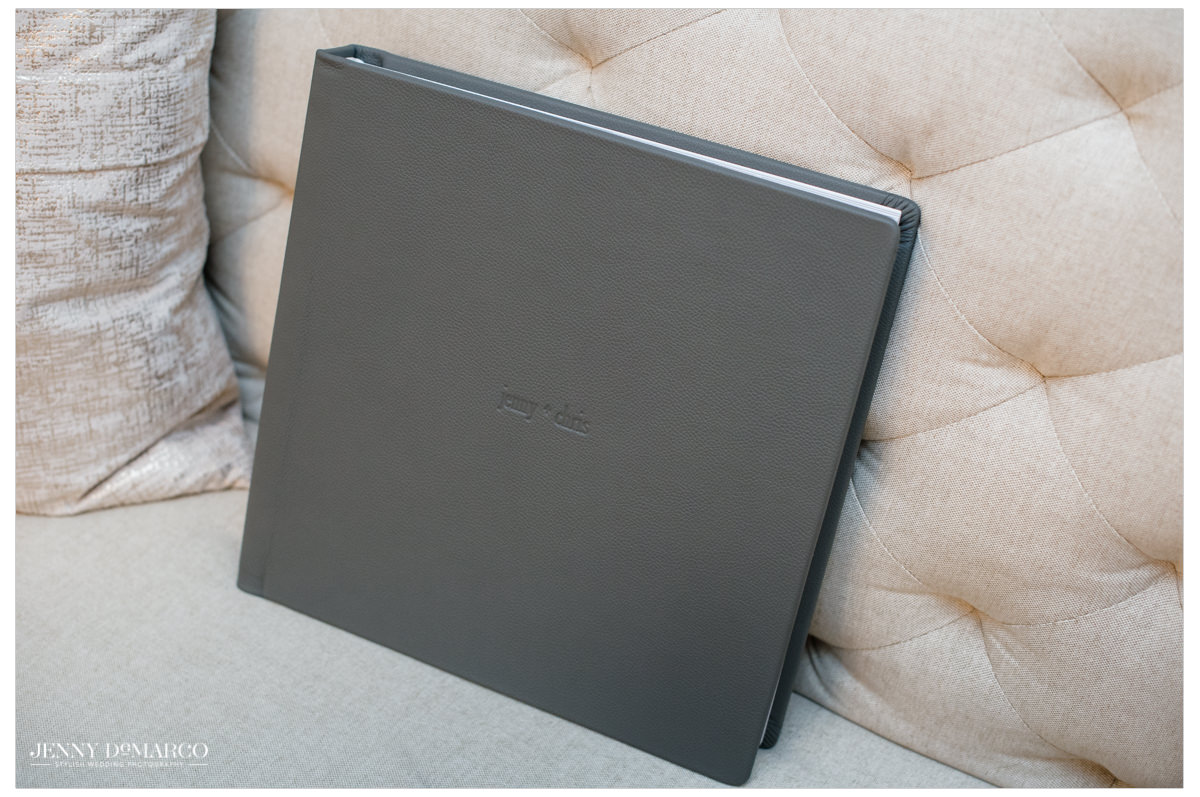 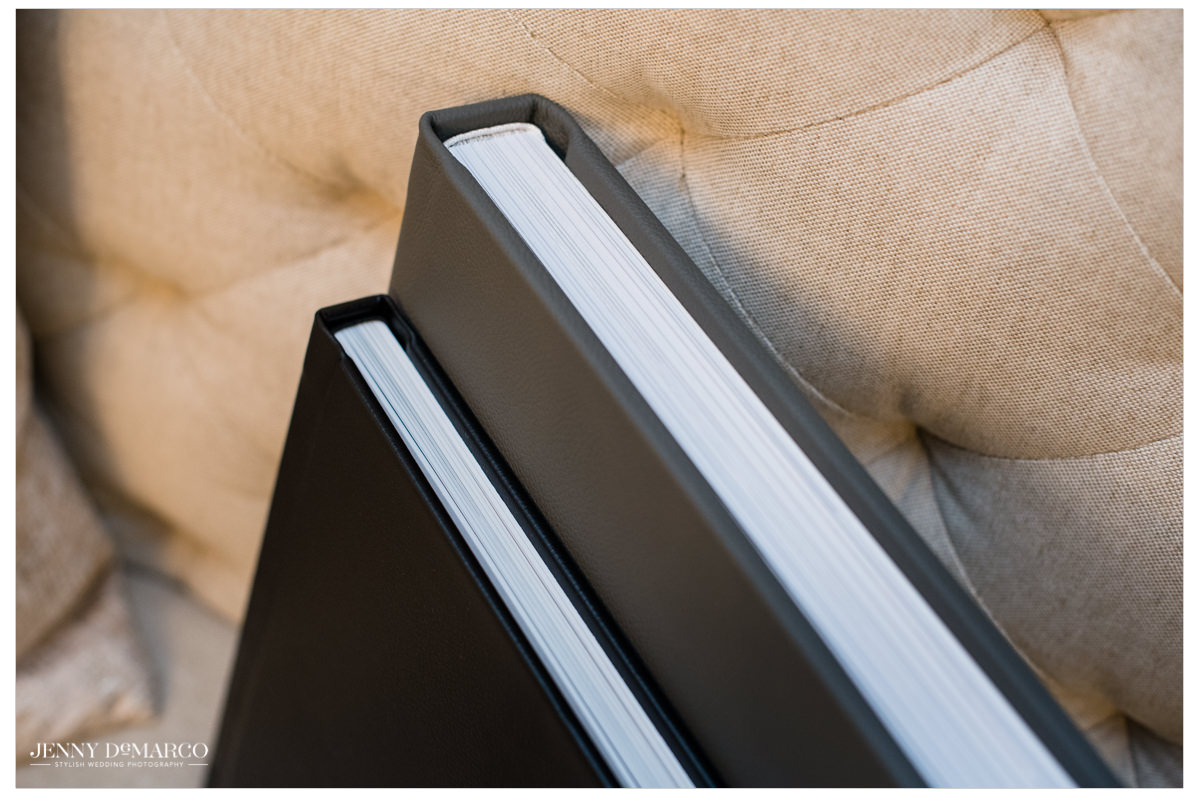 Both albums contained 20 spreads each, however, the main wedding album has ultra thick pages which make for a thicker book. Both albums are handmade by artisans using old world book binding techniques which ensure these albums will last a lifetime and be something to hand down to the next generation. It’s truly an heirloom piece. 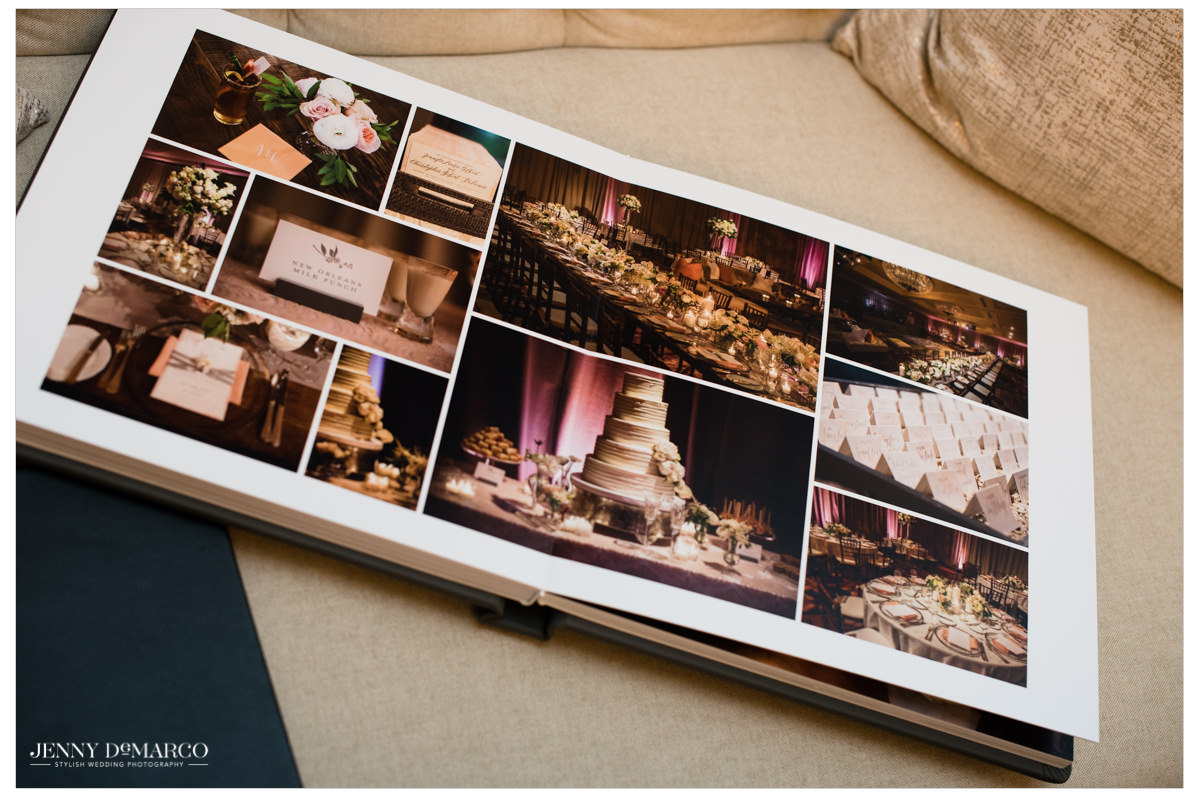 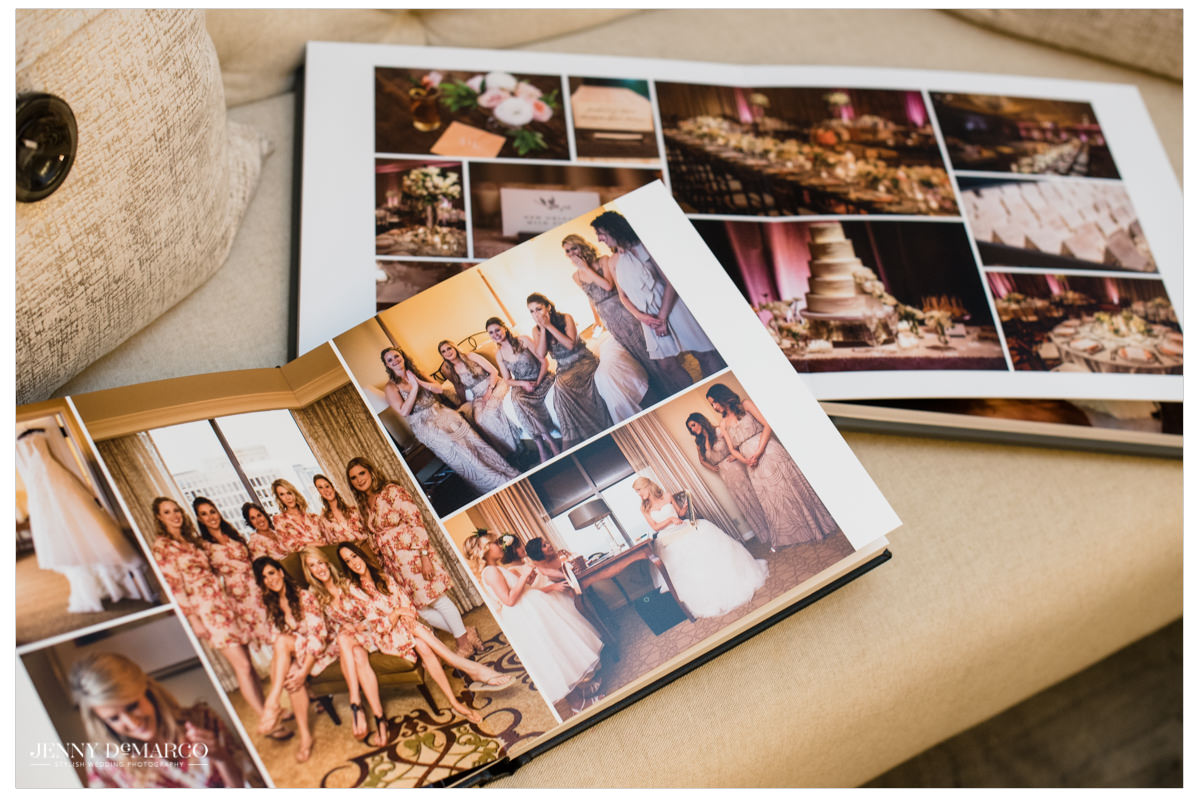 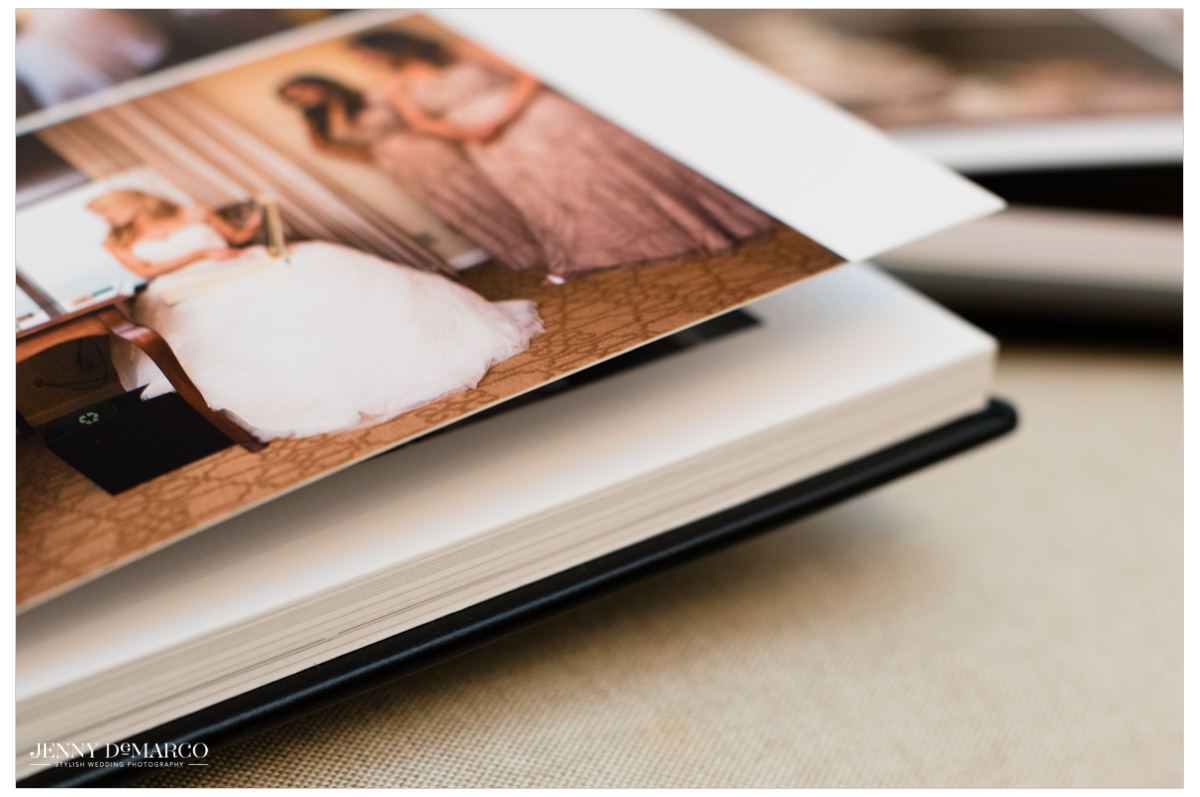 Detail of the thinner parent album pages. Both albums have the same print and paper quality.

And for some of my favorite spreads in their design! It rained on their wedding day – a LOT. In fact, there was record flooding that night. 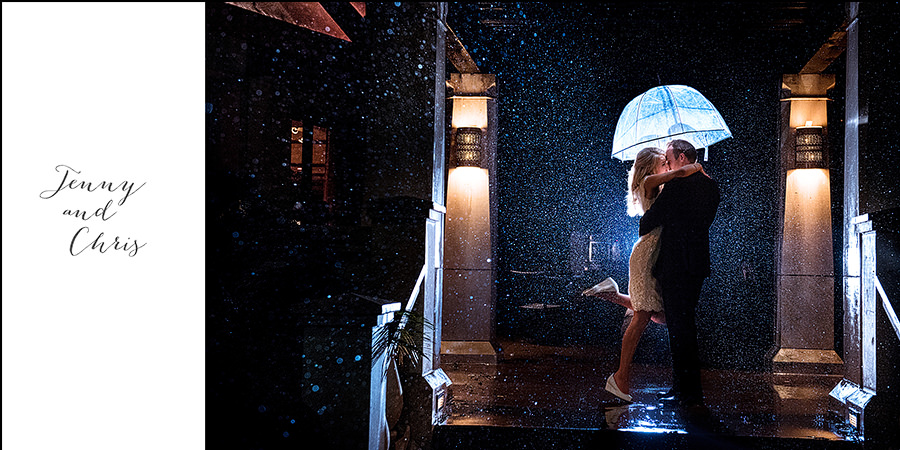 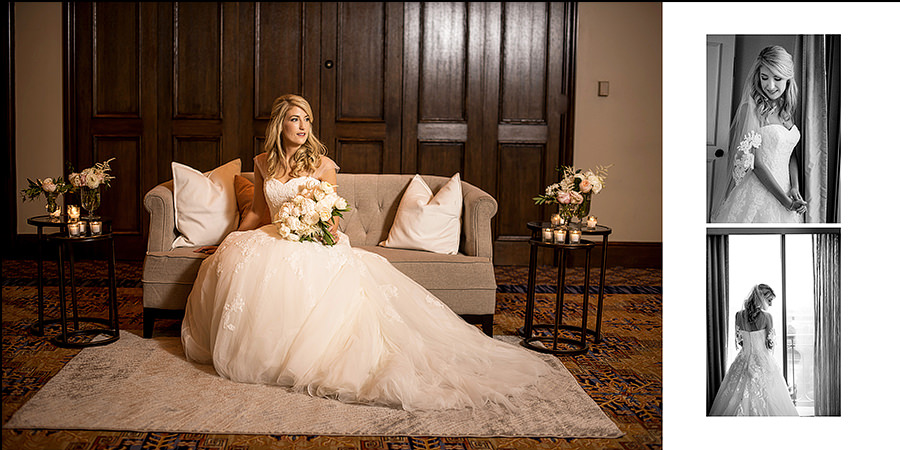 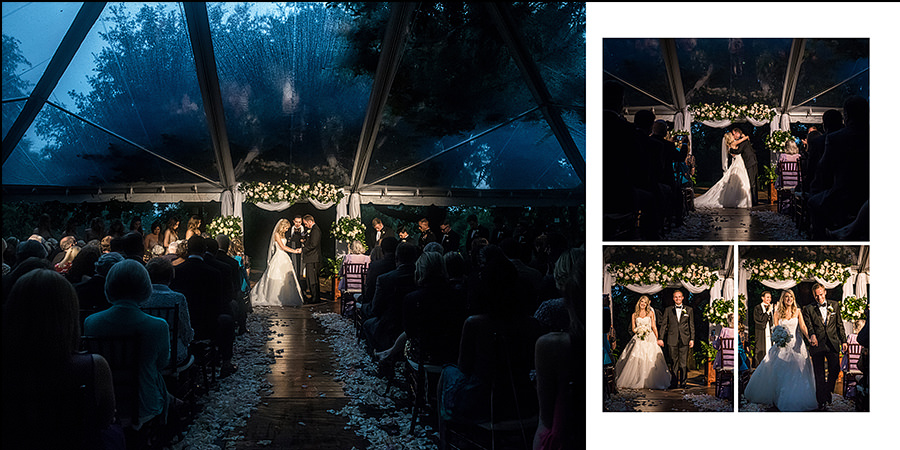 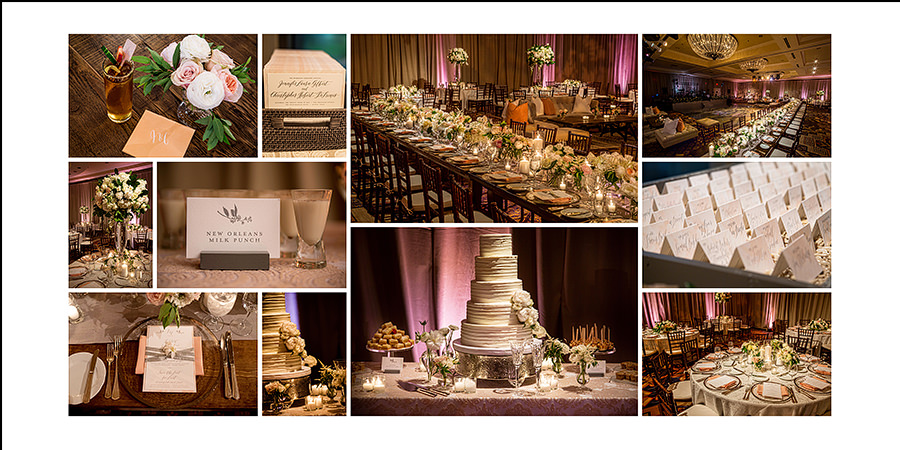 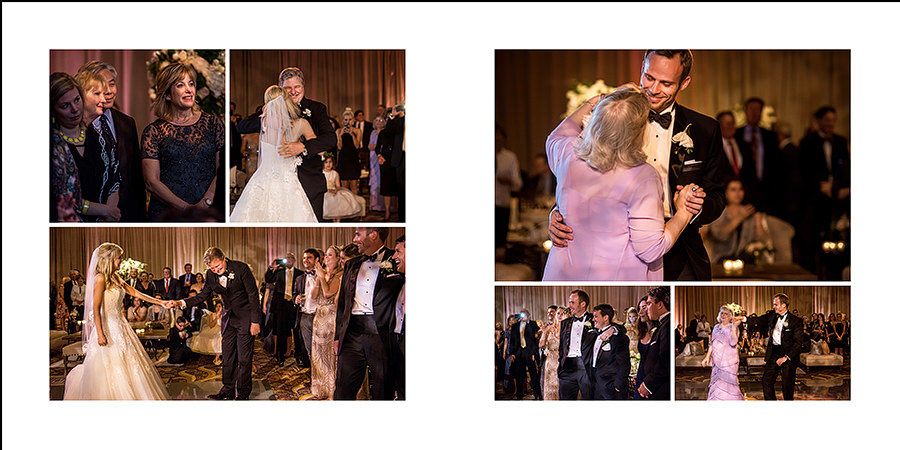 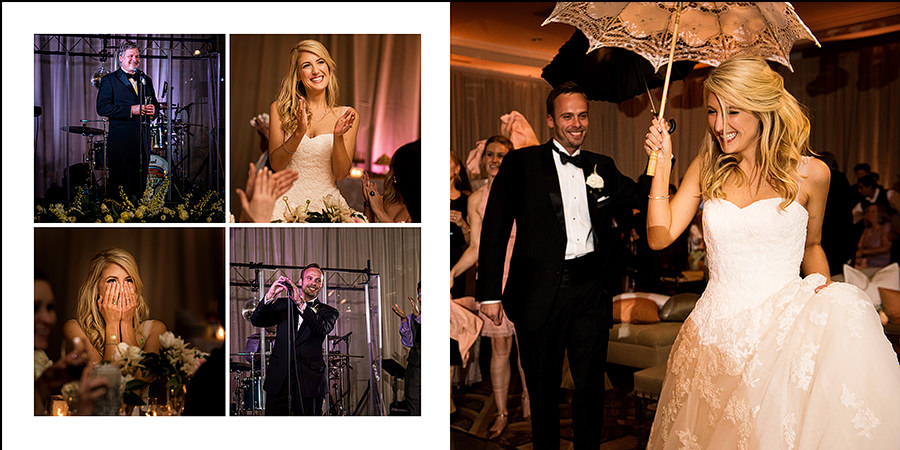